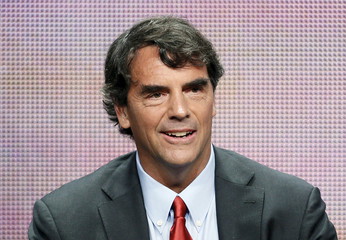 The crypto market has seen a resurgence in 2019 after the persistent bearish trend of 2018. This recovery is led by Bitcoin which initiated the price hike pattern in the general crypto market. It started in the start of April. The recent climb in value and market capitalization has gone hand in hand with several whales of the crypto space talking positively about the industry.

Most of these notable proponents comment on how Bitcoin and the other major cryptocurrencies are here to stay. Moreover, they believe that the new technologies will decentralize most industries. Bitcoin’s advantages together with its future usage were brought into the limelight by Tim Draper, a famous venture capitalist, and crypto proponent. Draper is always on the side of the world’s largest cryptocurrency.

He said that the 2019 trend oscillates around everything bitcoin and data. He equates Skype and Hotmail to Bitcoin explaining that just as how these communication services opened up the world by destroying solid borders, BTC will revolutionize the entire payment and finance system.

Draper also believes that the new technology arising from bitcoin, for example, smart contracts, will have a huge impact on industries like healthcare, insurance, and finance. He says that data combined with bitcoin and the virtual currency industry has immense potential to positively impact many industries.

Draper also made the headlines recently when he stated that Facebook was ‘way too late’ in introducing their cryptocurrency. In his speech, he explained:

“They’re (Facebook) way late into the game. Eventually, they will fall into the same place as all the other cryptos where they say Bitcoin’s better!”

Draper insists that the US government will not impose so many regulations on the nascent technology. Even the regulators know that imposing excessive regulations to the technology may drive innovation away from the country into other crypto-friendly locations like Japan and Malta.

In that interview, Draper talked about the same concerns of over-regulation while addressing China’s growing presence in the crypto industry. He thinks that China’s limits on the virtual currencies industries will benefit more open-minded countries like Japan. Draper is the man behind many ventures including DFJ and the School of Heroes.

He reportedly said that the sooner governments and countries get into the right cryptocurrencies and integrate it into the economies, the better for them. For now, the entire crypto world has set their eyes on the US regulators. Everyone is awaiting their verdict on Facebook’s Libra project.