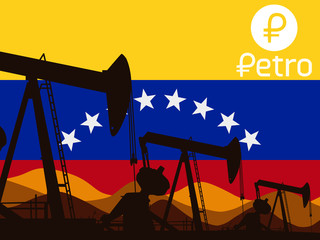 Petro crypto has entered into circulation after president Maduro’s order. On July 4, the Finance Ministry of Venezuela took to Twitter to announce that the country’s president gave ‘an express order’ to set up oil-backed national crypto desks. These desks are expected to be set up in all Banco de Venezuela branches.

That announcement came during an event held to celebrate the 10th anniversary of the nationalization of the bank involved. Earlier the Venezuelan president announced that around 924 million bolivars (at least $92.5 million) were allocated to the Digital Bank of Youth and Students. That money would come in handy in the opening of up to one million Petro wallet accounts for the country’s youth.

The president of the country’s National Cryptocurrency Association, José Angel Alvarez, suggested the order to put Petro crypto in circulation in one of his recent interviews. That translated into a bold and correct decision to move forward towards the development of a hybrid economy. In the new hybrid economy, fiat currency will compete directly with crypto for dominance.

The initiative to develop a state crypto came in an announcement back in December 2017 made by the President of Venezuela Nicolas Maduro. He made that announcement encouraged by the crypto boom at the time.

The Venezuelan Economy Department announced in October 2018 via Twitter that Petro was available for purchase using crypto and fiat currencies. At that time, the country’s citizens could buy coins directly from the country’s treasury via its official website. Also, Petro was available for purchase from six crypto exchanges authorized by the government.

The Venezuelan parliament had invalidated Petro in January 2018. At the time, the opposition-led officials called this oil-backed crypto an illegal attempt by the government to mortgage Venezuelan oil reserves.

During the same period, President Trump of the US signed an executive order in response to this Venezuelan initiative. In the executive order, all American citizens and residents were banned from investing or even undertaking any transactions on tokens and digital assets linked to the Venezuelan government.

One of the opposition law-making bodies in Venezuela stated categorically that this national cryptocurrency Petro is illegal. The law makers proposed that Petro should never operate in the country. The officials of this body based their decision on domestic law articles in a meeting held in March 2019.

Nevertheless, just a few months later, the local media has reported that Venezuela and Russia are discussing on how to replace the US Dollars with Petro crypto in bilateral trade.

Petro Token Circulates in Venezuela amidst the National Economic Crisis

At the moment, Venezuela is still languishing in an economic and geopolitical crisis and severe hyperinflation. Its capital Caracas has turned into a zone of gun conflicts as a result of these economic challenges. Approximately 80% of the population lives in extreme poverty without adequate food, medical supplies, and basic services.

In all this turmoil, president Maduro is heavily blamed by the people for mismanaging the country. However, the president is supported by the military, China, and Russia. According to a recent report by the New York Times, dealing with economic matters, Russian state-owned companies feature heavily. They are constantly cutting back on the business that they transact with Venezuela to protect their investments.

The Russian government reportedly refused to issue Venezuela new credit lines. Kremlin also avoided committing to new investments. It even refused to provide any relief on existing debt to ease Maduro’s battles with the country’s opposition. On the other hand, China’s position on Maduro and his supporters’ fate is still a mystery currently.

Was President Maduro’s decision to put Petro crypto in circulation the last trial to regain Venezuela’s citizen trust? Will it prove worthwhile? Time has all the answers.