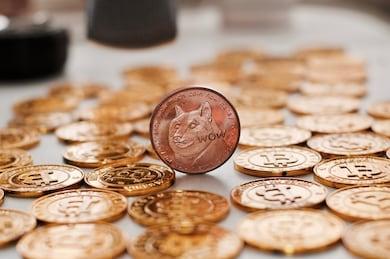 It has been a long time coming, but finally, it is done. Binance announced on July 5 that Dogecoin (DOGE) will soon get listed on the crypto exchange. This is a major milestone for DOGE since Binance is a top exchange registering at least $2.2 billion worth of exchange in the last 24 hours alone.

According to an official blog post on this matter, Binance has decided to list DOGE against Bitcoin, Binance Coin, USD Coin, Paxos, and Tether. The listing is scheduled to start today at any time. The most interesting fact about all this is that the listing fee for the project is ‘0 BNB.’

No fees will be charged for the project presumably because there was no paid, concerted effort to get the popular meme crypto asset listed on the exchange. After this news was released, several of crypto’s top analysts lauded Binance for its decision to accept DOGE. For some time now DOGE has been widely regarded as a joke of a digital asset.

The value of Dogecoin has surged significantly as a result of this news. Therefore, the so-called ‘Binance Effect’ is in action at the time of writing. Evidently, the moment the announcement was revealed, the asset gained almost 20%.

It is not yet clear why Binance decided to take a dive into the world of meme cryptocurrencies. However, both John McAfee and Vitalik Buterin have mentioned and endorsed Dogecoin in the past few days. Also, the pro-crypto technologist Elon Musk had a short stint ‘working’ for DOGE.

On April 1, 2019 stakeholders of the entire crypto world were quite thrilled to participate in the April Fools’ Day fun. What went under the radar was the official Dogecoin Twitter handle’s joke that asked the community to vote to select a new chief executive of the decentralized project.

While Buterin and two other notable industry executives were named, Elon Musk was thrown into this poll as a wildcard. Eventually, the wildcard won. Musk got the most votes of the other ‘candidates’ for the stint. The Tesla visionary was sure that he would not be remiss to miss his mystery lap.

In response to that poll, Elon said that Dogecoin, a long-standing digital asset for fun-loving, meme-centric netizens, might, in fact, become his favorite virtual currency. In the hours that followed, the Tesla boss took the mantle as the first and also the last ‘CEO’ of Dogecoin. He even went ahead to quickly update his Twitter biography with a short ‘CEO of Dogecoin.’

Dogecoin now looks headed up to the skies. It has gained over 34% since the news broke. How long with the surge continue? Time will tell.