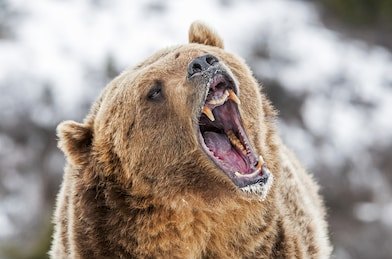 Since the start of June, the crypto market has been on a roller coaster. After the unveiling of Libra by Facebook, Bitcoin soared headed past $13,900. However, a major correction ensued after that. On Friday, the cryptocurrency market is sliding with the bulls losing their footing. During the Asian hours, sellers control Bitcoin and major altcoins.

For now, the crypto market is a mixed picture with a majorly bearish bias. After a short-lived recovery on Thursday, the altcoins and bitcoin are licking their wounds hurt by widespread losses. The cumulative market capitalization of all digital assets plunged to $318 billion from $331 on Thursday.

Moreover, the average daily trading volume reduced considerably from $86 billion to $76 billion in the last 24 hours. Bitcoin’s market dominance has also dropped to 62.4%.

The biggest crypto touched the region below $11,000 handle in the early Asian trading session but managed to recover to around $11,150 currently. In the past 24 hours, Bitcoin has lost 4.85% of its value and remains range-bound since the beginning of the day. $11,000 remains a key figure for the further BTC price development.

The second biggest virtual currency in the current market has a capitalization of $30.7 billion. ETH retreated lower after failing to break the $300 barrier. Its current price is hovering around $288 and it is range bound awaiting the next price action. ETH/USD has gained 1.2% since the start of the Asia session but lost almost 3% on the day-to-day basis.

XRP has continued moving south and touched the $0.3788 handle during the early Asian trading hours on Friday. Since the beginning of the day, the coin has lost over 1% to trade at $0.3818 by the time of writing. The third largest cryptocurrency has a market capitalization of $16.25 billion after losing 5.08% in the past 24 hours.

The fourth largest digital asset is oscillating below $120 amidst slow market activity. Currently, it has a market capitalization of $7.47 billion. It had touched $120.12 in the early Asian trading hours but the upside momentum was put out almost immediately. Currently, LTC/USD is trading at $119.6 and it is mostly unchanged in the past 24 hours.

However, not everything is red in the top 25 list. 7th placed Binance Coin is gaining 1.44%, 16th placed Chainlink is gaining 3.45%, while 21st placed Tezos is gaining 4.65% at the time of writing. For now, the market seems to be consolidating awaiting a trigger to take it to any direction. However, the bears seem to be mauling the bulls at the moment.