It’s a Bloodbath in the Crypto Markets; Almost $80B Lost in 24 hours 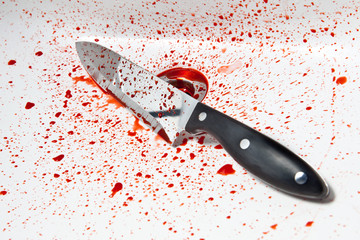 For several days, the crypto market has gained rapidly. The momentum was building up making commentators to think that a $15,000 bitcoin price would come before July. However, the imminent pullback has finally come. The crypto market saw a volatile day on June 27 when Bitcoin rose past $13,000 and then dropped to as low as $10,000 in less than 12 hours.

Several of the major altcoins receded with double-digit losses following speedily after the lead that bitcoin set. There was a major anti-risk sentiment that came due to the exceptional volatility which triggered a huge sell-off. The total market capitalization fell from the recent highs of $387 billion to almost $319 billion. The average daily trading volume settled at $119 billion. Also, Bitcoin’s market dominance dropped to 62%.

Bitcoin is currently hovering around the $11,400 levels after losing almost 8% for the day. During the Asian trading hours, the biggest virtual currency is range bound after experiencing a highly volatile Thursday.

Ethereum is the second largest digital asset but so far it is still highly affected by the dominance of Bitcoin. Currently, it has a market capitalization of $32.1 billion and has settled around the $300 price level. The coin is attempting to rise but it seems like for now it remains range bound awaiting the next price action. ETH has lost around 7.85% in the past 24 hours.

Ripple’s XRP was under some pressure in Asia. The third largest coin has a current market capitalization of $17.46 billion. At some point, it had lost up to 12% in the past 24 hours but has since recovered and now has lost around 7% compared to the past 24 hours. Its current price is hovering at $0.41.

Bitcoin Cash is the biggest loser among the top-20 altcoins. At some point, it had lost over 15% of its value in the past 24 hours but has since recovered to minimize the losses to around 11%. Its current price is hovering around $413.

Binance Coin (BNB) is the best among the losers having lost just 1.65% currently for the past 24 hours. That loss looks like a victory in a market dominated by a sea of red with some of the altcoins losing double digits. Its current price is hovering around $34.15.

For now, the entire crypto market seems to be in a consolidation mode awaiting the next significant catalyst. Whether these virtual currencies recover or continue dropping, only time and events will tell. For now, the daily traders are taking what they can from whatever volatility they find.