Russian Gold-Backed Crypto Can Maul the Worldwide US Dollar Standard 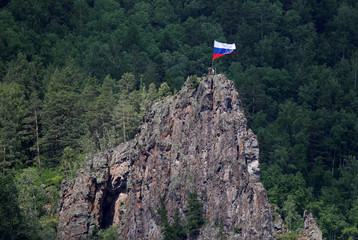 Russia is allegedly looking at a gold-backed cryptocurrency that will service international settlements. The new token will not be linked to the US dollar in any way. Kremlin is exploring the possibility of gold-backed token for use as a cross-border settlement with other countries.

Currently, Russia faces heavy sanctions from the US. In such conditions, the potential of value-tethered crypto can enable Russia to escape from heavy reliance on the USD as a currency standard. Vladimir Gutenev, A Russia’s State Duma member, suggested the development of this digital asset.

Gutenev suggested that tying the value of this token to gold can eliminate issues found in cryptocurrencies. Thus, the gold-pegged crypto is similar to a stable coin.

Russia has enhanced its focus on gold reserves as a strategy to combat the hegemony of the US Dollar. Boosting gold reserves enables Russia to diversify foreign exchange eventually minimizing reliance on the US dollar. This diversification has, lately, been a major part of Russia’s national policy.

In May, the central bank reported that their gold reserves amounted to almost $492 billion. The ability to tokenize and digitize their stores would result in a lot of freedom and power supported by the huge value of these reserves. But, all virtual currencies launched by the central bank, so far, are facing huge resistance.

Elvira Nabiullina, the head of the Central Bank of Russia (CBR), said that they will consider a gold-tied crypto for mutual settlements. However, he thinks that it is highly important to develop settlements transacted in national currencies.

Could Crypto be a Solution?

The bank has prepared an analytical report that it expects to present soon. According to Elvira, that report will analyze what cryptocurrency is, what other countries are doing about it, and what is happening in the world. Furthermore, the report will propose various regulations that the CBR has envisaged.

Also, the banks aim to understand how the phenomenon cryptocurrency will affect Russia’s macroeconomic stability. The regulator will also study the probability of developing stablecoins with real assets behind their provision. Thus, having a gold-pegged cryptocurrency can eliminate volatility concerns concurrently benefiting from a powerhouse of wealth for the Russians.

A Major Boost for Russia

At the moment, Russia is facing comprehensive sanctions from the United States. The global US dollar standard seems to add suffering on Russia. Trading with other nations around the world could be limited due to the dependence on the US Dollar.

In the scenario that Russia can launch gold-backed crypto successfully, they can liquefy their huge reserves and trade quite freely across the border. Furthermore, they can begin moving the needle away from the dollar and towards their asset-backed currency, worldwide.