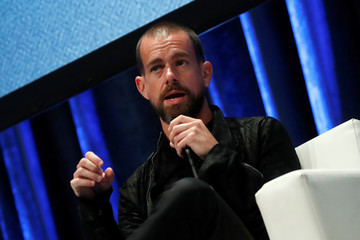 Square Crypto made an official announcement about their first new hire. Google alum Steve Lee is reported to have been working to enhance bitcoin. Until now, the crypto seemed to exist only on social media. It has been less than a month since Square Crypto announced that they were nearing their maiden hire and now they have become the real deal.

Now the company has unveiled the Silicon Valley angel investor for the maiden hire distinction. Steve Lee is an experienced investor with a lot of know-how in the crypto and blockchain sectors. Before the big revelation on Twitter, Square Crypto teased followers purporting to have hired an intern. They named the intern as Gary and said that he ‘loves blockchain.’

That situation was short-lived since the team followed it up with the truth. Lee who has his Twitter handle as ‘moneyball’ is as pumped as Dorsey’s company. He describes himself as a ‘PM working to improve Bitcoin.’ After the news broke, Lee said in a tweet that he is very excited by the new opportunity. He tweeted:

“Bitcoin, not blockchain. Very excited about this opportunity!”

Bitcoin, not blockchain. Very excited about this opportunity! https://t.co/X620YX79gZ

Jack Dorsey said that he was thinking about bitcoin. He tweeted an image of “historical bitcoin transactions,” which invigorated most of the crypto Twitter community. Although the crypto division is for Jack Dorsey’s other company, Square, he surely has a fondness for the crypto community.

Congrats!! @moneyball is the perfect person for this role! So happy to see

Since coming on the social media scene in March, Square Crypto is keeping its strategy a secret. Along the way, they have dropped hints that they are working on something major even for crypto. Although the company goes by the name Square Crypto, it is clear that their primary focus is on bitcoin. That focus makes sense since Jack Dorsey reportedly expects BTC to become the “native currency” of the World Wide Web.

The company announced that it is developing opensource projects that will make mass adoption of cryptocurrencies inevitable. Their goal is not to make money, instead, they aim to improve it.

Dorsey’s team captures a lot of Twitter’s attention doing everything it takes to do so. They even bring Tesla CEO Elon Musk into their conversation sometimes.

When someone says mass adoption pic.twitter.com/BP145QZg2E

Incidentally, Twitter Inc is not on the further end of the cryptocurrency spectrum with no sign that they will look into integrating crypto. At least nobody is suppressing the Square Crypto conversation.