Price Battle Continues As Bitcoin Remains In a Range-Bound Trend 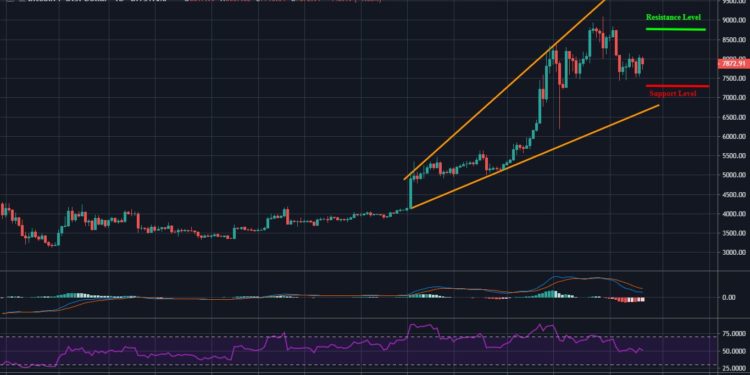 Bitcoin has appeared to be indecisive on the daily chart as market ties between a crucial level which has led to consolidation. On the 4-hours chart, Bitcoin is already following a bearish sentiment, respecting a descending trend line. However, the largest cryptocurrency is currently trading at $7800.

The past 7 days have been an indecisive market for Bitcoin as price hovers between the range of $7500 and $8000 areas which has become solid support and resistance for the market to break since the June 3 heavy sell-off. Bitcoin, however, is considered to be in the middle of consolidation as the market prepares for a big move which is actually around the corner.

While consolidating, a bullish surge may hit $8500 and $8800 resistance. However, a bearish surge is likely to slump price to $7300 and $7000, touching the lower wedge. On the daily RSI, Bitcoin’s trading has found support at the 50 level. Driving down the above level could drop trend to the oversold level. Meanwhile, BTC is still playing positive at on the daily MACD

From a medium-term perspective, Bitcoin followed a bearish sentiment as the price actions respect a descending trend line which has acted as a diagonal resistance line for the market over the past few days. Earlier today, BTC price dropped to $7750 after testing the trend line – a sign for a bearish move. The key support for the market lies at $7500, $7250 and $7000 levels.

The daily MACD is currently reflected below the zero level, trying to switch to a positive level. A successful MACD cross up could drive the market to $8350 resistance and above. Similarly, the market is testing the 50 level of the daily RSI at the moment. A breakout could position the market in a bullish move. 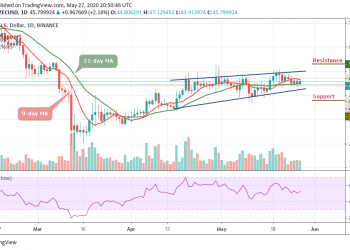 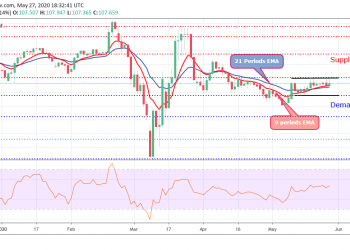 USDJPY Price Shows No Life at a Key Level, Awaiting a Breakout! 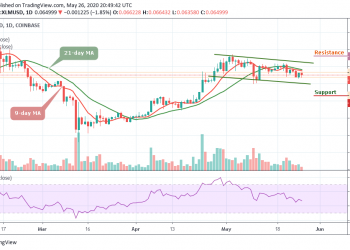