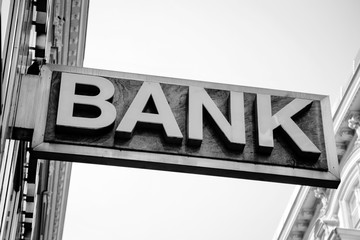 The blockchain technology has evolved significantly in the past decade. An increasing number of real-life cases is being reported around the world. Analysts and experts believe that, if implemented correctly, the blockchain technology will improve the global financial sector extensively. However, some reports suggest that banks are still cautious.

According to a new study by McKinsey & Co., retail banks have been slow to adopt blockchain. Despite the great strides that the new technology has made in developing digital business models, it is clear that the financial sector is still in the experimental phase.

That is a major contrast with the many efforts seen elsewhere. The study revealed that investment banks, governments, and infrastructure providers are experimenting with blockchain technology in the belief that a shared electronic ledger will enable them to cut costs and improve transparency.

For instance, investment banks imagine a world where execution, post-trade processing, and settlement are instantaneous. That will eliminate many middle- and back-office processes. The investment banks also focus on the huge potential for smart contracts to enhance automation. On the other hand, wholesale banks have launched innovation labs, hackathons, and made collaborations with FinTechs.

McKinsey & Co believes that it is understandable that the retail banks are quite cautious currently. There is no initiative in the financial industry has been rolled out at scale so far. The report adds that tough regulatory requirements in banking create a high entry barrier.

The future regulation of blockchain itself is still uncertain. Some regulators, including the UK’s Financial Conduct Authority (FCA), are still developing regulation policies. In the US, the Securities and Exchange Commission (SEC) has already blocked all trials to unveil blockchain-based ETFs.

Nevertheless, several retail banks are circling the space. Santander worked with Ripple in 2018 to launch the pioneering blockchain-based money-transfer service. However, further proofs of value might be necessary.

McKinsey & Co think that there are three retail use cases that can be deployed at scale. These use cases offer much in terms of blockchain’s three key strengths namely disintermediation, data handling, and trust. These are KYC/ID fraud prevention, remittances, and risk scoring. This report concludes that there needs to be a strategic watershed.

For the technology to roll out on a large scale, retail bank executives need to know and believe that the long-term benefits of blockchain are worth the implementation costs. That needs taking a long-term view and having in mind that there is a possibility that blockchain may cause cannibalization of some revenue streams.

The solution to countering those concerns is to keep an eye on the eventual prize. The benefits of implementing blockchain technology include less friction, lower costs, and a safer retail banking system.