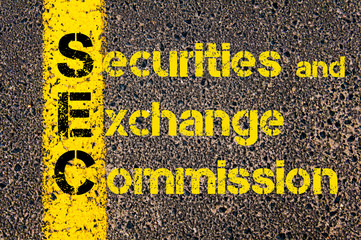 After the bears ruled the crypto markets in 2018, it seems like 2019 will be a better year. However, it is not yet time to celebrate the end of a bearish market. A former US Government senior official has sounded a stern warning. According to John Reed Stark, cryptocurrencies like Bitcoin will soon be worth nothing.

Stark served for over 20 years with the US Securities and Exchange Commission. Half of his tenure there, he served as the head of the Office for Internet Enforcement. He took a swipe at BTC saying that without any warning, its price will crash to zero. The former government senior official laid out his whole concept of crypto in a bile-addled tirade.

Stark has always made his thoughts about crypto publicly known via essays and articles. He supports Warren Buffet in a shared dislike for virtual currencies labelling them as ‘akin to rat poison.’ In his latest article, he brands initial exchange offerings (IEOs) as ‘predators’ before claiming that the SEC will soon clamp down on the infamous “unregulated crypto-casino fundraising mutations”.

Stark believes that IEOs are an attractive medium of fraud, insider trading, manipulation, hacking, and a wide range of other illegalities. According to him, they are a blatant to hide in the success of IPOs to lure investors who want to get rich quick. Nevertheless, just like the ICOs, the IEO has nothing in common with the IPO.

The bulk of his criticism lies heavily on Bitcoin itself which is bashes for not having any real-world use case except assisting criminals. Bitcoin’s value outside of mere speculation is derived from its decentralized nature that most criminals prefer. Stark thinks that everything illegal can be funded using bitcoin starting from hiring a hitman to getting fake IDs.

Most criminal enterprises and money launderers prefer virtual currencies like bitcoin to engage in their activities and leaving without a trace. Stark’s closing remarks will send a freezing chill down of potential crypto investors. He claims that people will wake up one day to find the value of their BTC investments at zero.

Although the largest cryptocurrency is hovering at around $8,000, it will one day encounter global trading suspension. When that happens, the era of cryptocurrency will come to an abrupt end. As soon as such a system starts to move away from legal constructions that let it operate, it stands on shaky ground and it will collapse in the end. Stark believes that when the crypto sector collapses, it will never be recovered.