Bitcoin Fires Into the Skies: Crypto Summer is Almost Here 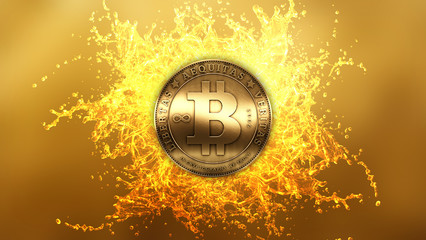 The price of the biggest cryptocurrency has set a new high for 2019. Bitcoin broke out of a bullish pattern on the daily chart. At some point in the early hours of the Asian session, BTC rose to as high as $8,905 before retracing slightly. At around 19:00 UTC on May 26, Bitcoin broke from an ascending triangle pattern on the daily charts. The token had been held beneath $8,250 for several weeks.

The latest move to fresh 2019 highs came at a time when prices seemed to start creeping downwards. On May 17, Bitcoin slid to $6,600 before a large buying pressure pushed it back above $7,300 on the same day. Since that time, the price has soared by 22%. First, bitcoin rose past $8,500 on Sunday night. Then, it reached above the $8,700 level within half an hour.

Currently, bitcoin is trading at around $8,700. Evidently, the price rally also featured a large uptick in the recorded 24-hour trading volume. On the overall, around $10.3 billion was added into the market. But, the ‘Real 10’ volume, a metric that features trading volumes from exchanges reporting honest figures as identified by Bitwise Asset Management, for now, stands at$3.1 billion. Those figures are reported according to Messari.io.

The surge in market capitalization shows that there is continued funding and investment for cryptos overall. Now, all eyes are firmly set on Bitcoin’s new target along the $9,650 resistance. That price was last seen 13 months ago on April 30, 2018. If that handle is crashed, it will signal a strong upward move beyond $10,000 psychological price tag could be imminent.