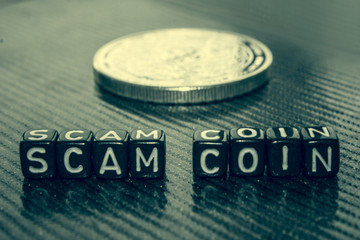 The crypto market keeps growing leaps and bounds. However, the ICOs of yesteryears could soon exhaust their run irrespective of their underlying back up. Argyle Coin is purportedly at the center of a $30 million ponzi scheme. The token that claimed to be a “diamond-backed cryptocurrency” is under scrutiny by the U.S. Securities and Exchange Commission (SEC).

The reports emerged after a complaint filed by the SEC showed that the regulator had a temporary restraining order against the token. Argyle Coin’s operations are at a standstill after the commission slapped them with the restraining order on Tuesday, May 21. The SEC alleges that the ponzi scheme has already sucked in over 300 investors in Canada and the US.

The Florida-based Argyle Coin together with Jose Angel Aman, its principal owner, raised funds through unregistered securities’ sales. They then used the money to pay unsuspecting investors their ‘alleged returns’ in several other associated businesses.

According to a press release issued by the SEC, Aman is not a first time offender. The latest Argyle Coin fraud is a continuation of his orchestrations with two of his other companies dating back to May 2014. He is reported to have swindled other investors using Eagle Financial Diamond Group Inc (Eagle) and Natural Diamonds Investment Co. (Natural Diamonds).

Such scams prompted China to shut down numerous blockchain and cryptocurrency related news accounts on the WeChat social app.

According to the Commission, Aman and his partners operated an “unregistered offering of securities.” The offering came in the form of investment contracts in Natural Diamonds. He successfully duped investors into thinking that their money would purchase “fancy colored diamonds.” According to the contracts, the purchased diamonds would then be cut, polished, and resold for profit.

However, the SEC confirmed that there were no diamonds. When the ‘scheme’ was tapped for all it was worth at that time, Aman moved on to raise more money through similar phony promises. The fund raising process culminated in a 2017 ICO. Thus, according to the commission, the Argyle Coin ICO was just a way to execute an old-fashioned scam.

It involved raising more and more money from increasing numbers of investors. Then, the schemer pays back the ones that entered into his trade early as he goes. The catch is that the scammer keeps most of the acquired money for themselves. Aman and his associates misappropriated and misused over $10 million of investor funds to pay other investors their alleged profits.

Aman also used some of the funds to buy horses, pay his rent and riding lessons for his son. The Commission’s complaint charges Argyle Coin, Aman, and other associates with violations of the United States securities laws and fraud. The Commission’s TRO has now frozen Aman and his companies’ assets.

The SEC has gone ahead to request the U.S. District Court for the Southern District of Florida to retain any illicit gains from the scam. This and many other scams could be responsible for the hesitation by the institutions to dive into the crypto market. More security measures need to be implemented to shield investors from scammers if the industry aims to gain global adoption.