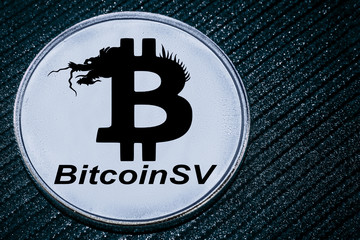 According to the latest press release, the controversial crypto proponent Craig Steve Wright has got copyright registrations for the original Bitcoin Whitepaper. The US Copyright Office granted him these copyrights. After the news broke, Bitcoin SV soared on the wake of Wright’s provision of concrete confidence that he is indeed Satoshi Nakamoto.

Although a majority of the crypto community did not move after these Wright allegations, it is evident that the Bitcoin SV community believe him. The price of Bitcoin SV shows that some individuals this time think Wright had significant involvement in Bitcoin’s creation. The price of the token that forked from Bitcoin Cash in November 2018 surged after the news broke. It is up 64% within the last few hours.

On Tuesday evening, computer scientist and entrepreneur, Craig Wright, successfully acquired US copyright registrations for the Bitcoin Whitepaper. He was also granted copyright for most of bitcoin asset’s original code. Since 2015, Wright has always claimed to be the Bitcoin mysterious creator, Satoshi Nakamoto.  Although it would be an easy task for him to cryptographically prove himself as Satoshi, he has never done so until now.

The delay in providing proof as the real Nakamoto led to many in the crypto world to call him a fraud. Some individuals have gone on to prove that Wright’s claims are just nonsense. The controversial figure was prompted to take legal action against the critics who opposed his claim of being the author of the Bitcoin whitepaper.

Naturally, some have used the fact that his patents were accepted by the US Copyright Office as evidence confirming Craig’s allegations. Nevertheless, not everyone believes that the latest moves prove anything. The executive director at Coin Center tweeted that:

Registering a copyright is just filing a form. The Copyright Office does not investigate the validity of the claim; they just register it. Unfortunately there is no official way to challenge a registration. If there are competing claims, the Office will just register all of them. https://t.co/YA70ALpG1Y

Others still think that this is another attention-seeking tactic from Wright:

The host of the What Bitcoin Did podcast, Peter McCormack, responded to this news with humor and typical nonchalance.

I have registered the paper "Craig Wright is a Fraud" with the UK Intellectual Property Office.

The price of the crypto championed by Wright, Bitcoin SV, has surged since the news broke. On a day with low gains across the crypto market, the token at some point shot up by over 70% in just a few hours. It is currently up 77.65% in the last 24 hours.

The price peaked just below $140, up from $61 before the news broke. It has since dwindled back to $110 seemingly consolidating in that range. That is still an impressive gain compared to the rest of the market. The increased buying pressure must come from those convinced that Wright is Bitcoin Whitepaper’s original author.

The market seems to be still digesting the fundamental evidence of these claims. Wright is always a controversial figure and nobody knows whether it is just one of his many publicity stunts. Whether he is the real Satoshi Nakamoto or not, only time will tell. For now, all there is to do is wait and see how the story unfolds.