Bitcoin Whales Could be Creating Waves to Drown Desperate Buyers 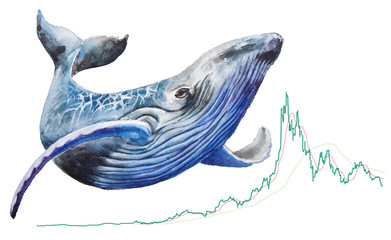 The recent Bitcoin pump has once again formed a parabola. The price surged on Tuesday and touched $8,337 before encountering a relentless rejection. Although the price is consolidating around $8,000, most indicators point towards a plunge below that. However, it is not yet clear whether the market frenzy has come to an end.

The daily charts for BTC/USD have not reached these bearish levels for a long time. The RSI is significantly higher than it has ever been all through the bear market. It was hovering around 86 on Tuesday on the daily charts and later encountered strong resistance. The NVT indicator on the daily charts paint a gloomy picture with the price extremely overbought.

The NVT even reach the 209.42 levels while it only managed a 182.95 at the peak of the recent bull run. The Fear and Greed Index has also registered a new all-time high at 78 (extreme greed). The parabolic path that bitcoin has taken now is similar to the one seen between 2017 and 2018.

The current parabola is what analysts and experts refer to as a mini version of the last bull run. Even though crypto bulls are enjoying the current rally hoping that BTC will shoot to $10,000 or $20,000, they have no idea how bearish it actually is. They are also not away of the implications of the current price action.

Every time the price rallies in this manner, it corrects brutally. Looking no further than the parabolic trajectory of the 2017-18 rallies, it reveals the cruelty that comes into the market when the rally tops out. The reason why some analysts are more bearish on BTC/USD than before is that the recent move has created several problems.

First, the move sparked a new wave of bullish euphoria. This euphoria in the market will take some time to quiet down. Before any trend reversal, it is crucial that the traders and investors feel the maximum wrath of the market. In this case, the market has only inflicted pain on the bears.

Manipulation exists in all types of markets and the traders cannot just blame the whales for their losses and misfortunes. Since the bears are quite skeptical, they lose on opportunities but do not make much loss. On the other hand, most retail bulls are quite gullible. Just a few pumps upwards were enough to turn even some of the experienced traders from bearish to bullish.

Nevertheless, the recent frenzy has had a significant effect on the majority of the traders. Nobody wants to miss out on the next bitcoin bull run. It is dismal that the price had to be pumped this way. What is most likely to follow is a steady decline that may last longer than before.

The decline will wipe out most of the overly optimistic bulls. As it stands currently, it may take longer than September, 2019 to recover from the bear market.