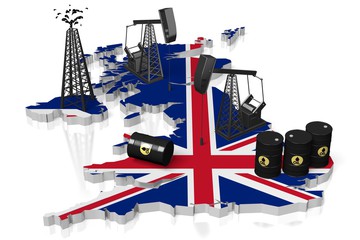 The West Newton drilling that is currently underway is expected to highly impact opportunities for Union Jack. David Bramhill, the chairman of Union Jack Oil PLC (UJO) stated on Monday that the future of the oil sector in the UK remains bright. He made these remarks as his company continues to make significant advancements in its onshore UK growth strategy.

Financial results for the year ended December 31, 2018, come in while the company awaits information from the somewhat high impact West Newton appraisal well. Last October, the company purchased a 16.665% interest in West Newton. It acquired the interest through a farm-in deal and in April drilling operations started.

The West Newton A-2 appraisal well follows a previously drilled discovery well that yielded a staggering 189bn cubic feet gas equivalent resource. The discovered resource exists in the Kirkham Abbey Shoal formation. Union Jack and its partners now target the Cadeby Reef and Kirkham Abbey exploration target with the new well. The project is estimated to have the potential for around 79.1mln barrels of oil equivalent.

During the same reporting period, the company has essentially increased production volumes by almost 250%. Additionally, it increased its interests in key assets. The company also stated that it has enough money for all current drilling and testing requirements for this project. Union Jack had a current cash balance surpassing £2.5mln at the end of May. However, it insists that it is debt free.

The company generated some £165,270 of revenue reporting a pre-tax loss of £1.09mln for 2018. Bramhill reiterated that the company remains focused to create a successful and sustainable UK-focused, onshore hydrocarbon production and development firm. Acquisition of an interest in PEDL183 featuring the West Newton A-1 gas discovery and the West Newton A-2 appraisal well shows that the company is committed to growth.

The latest acquisition is a 16.667% stake in the West Newton gas and oil discovery in Yorkshire. Planning permission for the West Newton-A well site was extended a few weeks after the purchase was completed. This West Newton stake comes as part of a deal the company has with Rathlin Energy, a Connaught Oil & Gas subsidiary.

However, the current transaction does not feature any upfront fees. Union Jack expects its share in the well to cost around £4.6mln. Moreover, the company confirmed that it will avoid any involvement in fracking whether now or in the future.