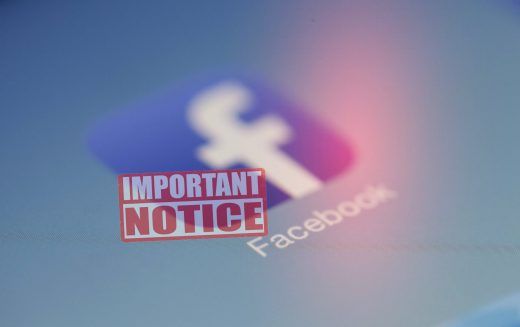 Most of the Indian companies in the crypto space now worry about the Facebook crypto plans. They say that the Social Media company’s plans to test its virtual token dubbed Libra in the country may bypass regulations that prohibit using banking channels for crypto transactions.

Reports suggest that Facebook will support peer-to-peer transaction of its crypto. Unlike the local bitcoin companies, Facebook’s currency system will not need banks to transact funds. Users can buy or sell digital tokens via different social media platforms. The only positive thing about this Facebook move could be that cryptos may gain massive legitimacy.

The Reserve Bank of India went ahead to ban regulated entities in April 2018 from offering services in cryptos to any business or individual. However, the banking regulator encourages blockchain use to enhance traceability and transparency.

Bloomberg reported on May 8 that Facebook is building a ‘stablecoin’ cryptocurrency anchored by the US dollar. The social media giant confirmed that it plans to test in India in 2019 for its WhatsApp payments. If the Facebook crypto becomes a reality, it will shake up and change the entire crypto industry. The social media company may also choose to operate its currency within its platforms.

Currently, India has no law that prohibits users within a certain platform from exchanging value. Thus, even tokens can be exchanged through social media if Facebook chooses to go that way as explained by the founder of WazirX, Nischal Shetty. Peer-to-peer exchange of digital assets is legal since no banks feature in the transactions.

The founder of Unocoin, Sathvik Vishwanath, believes that such a development by an institution like Facebook enhances the legitimacy of the nascent technology. He has strived to raise awareness around the technology through social media for the creation of a formal framework. The entrance of Facebook into the crypto space will bring positive sentiments among the users.

Recently, RupeeCoin targeted at the South Asia market aiming to offer users with rupee-equivalent blockchain-based digital currency. However, they feel that India needs to be cautious about Facebook’s plan. The absence of proper rules and the flimsy history of Facebook’s information management are things to keep in mind.

The Internet and Mobile Association of India are currently fighting a major case fronted in the Supreme Court against the ban by the Indian regulators. The next hearing takes place in the second week of July 2019.

The founder of Incrypt Blockchain, Nitin Sharma, believes that for the large scale Facebook project to be deployed in India, regulatory approval may be necessary at some point. Crypto traders supporting the Indian pro-crypto regulation campaign have many worries. They believe that a Facebook-backed project may not be the best thing for virtual currencies.