HTC Integrates a BTC Node On Its New EXODUS Phone 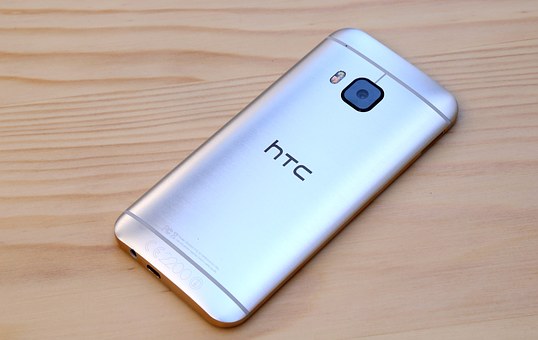 The cryptocurrency winter seems to have come to an end with Bitcoin surging past $7,450 taking the entire crypto market up with it. However, the winter seemed like a perfect time for the serious developers to come up with solutions to foster mass adoption of digital assets. Advancement in technology has led to the penetration of smartphones into many pockets around the world.

Bitcoin and other altcoin developers are striving to come up with ways to integrate digital tokens with smartphones. One leader in this sector is the HTC phone producing company. The company has moved a step ahead of its competitor Sirin Labs promising that its next EXODUS phone will operate as a fully functional BTC node.

On May 11, the Taiwan-based mobile phones manufacturer released an official statement. The statement said that it plans to introduce a full BTC node to all new model EXODUS phones.

HTC Introduces its Distributed Ledger Technology Phones to the Masses

Phil Chen from HTC told the audience at the Magical Crypto event in NYC that the company will introduce a new cheap version of its DLT smartphone. HTC refers to the new phone model as EXODUS 1s. Chen confirmed that the new model will operate as a full Bitcoin node. That will let the owner store all data of the  BTC network on their smartphones.

HTC released an official statement stating that it will bring these new phone models to the market around the Q4 of 2019. They intend to sell the new gadgets at a retail price ranging from $250 to $300. The reference point of the new model is the current EXODUS 1 that hit the market in the early months of 2019. Moreover, the company began a presale of these DLT phones in October of 2018 accepting only ETH and BTC payments.

The phone started selling not only for digital currencies but also for US dollars in late February this year.

A Fully Functional Bitcoin Node in your Pocket

The most curious and outrageous promise given by HTC about the new phone is that they have designed it to function as a full-scale node for the Bitcoin network. Chen reiterated that this function is an essential one for the market in the future and crucial for the BTC network.

Memory chips and computer chips are becoming cheaper and more powerful quickly. Thus, operating a bitcoin node on a portable device will not be a challenge in the future. This way, users can verify bitcoin transactions on their own. Also, they can easily and readily participate in the work of the ecosystem.

According to reports in April, a major competitor of HTC’s EXODUS phone, Sirins Labs sacked a quarter of its staff. 15 out of 60 employees of the Swiss Company were axed. The reason for that lay off was poor sales of the Finney blockchain phone. The phone lets users store crypto in an embedded cold wallet.

The Finney phone’s retail price was approximately $1,000 as opposed to EXODUS that goes for around $700 currently.