Whales Plan to Dive into Bitcoin! Will You Follow? 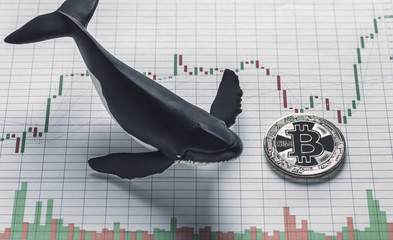 Bitcoin is roaring again. Many got worried after the shocking price dips in late April. However, BTC is leading the road to recovery with the entire crypto market bouncing back. The largest digital token currently hovers around $6,780 for the first time since that bloodbath in mid-November.

Nonetheless, BTC is not alone in the surge after the post-bank-holiday business. Litecoin, XRP, and Ethereum also made significant gains. Some investors remain cautious since the steps to approve the digital assets class by regulators like the US SEC has remained elusive. It means that some potential investors are in a wait-and-see mode hoping that when regulators approve Bitcoin et al they can invest in a less risky environment.

If Fidelity succeeds in launching this platform, it could spark a flurry of countermoves from competitors. Thus, it could be a reason why the prices are flying off the blocks.

Could Fidelity be right to bet on a demand surge for the cryptocurrencies? If a poll by deVere Group is anything to rely on, it could be heading in theright direction. Research shows that 68% of the ‘high net worth’ individuals will have joined cryptoland by the end of 2022.

At least 700 people worth over £1million in investable assets from around the world participated in the survey. Nigel Green, CEO of deVere Group explained that the high net worth people are not ready to miss out. Most of them confirmed that they are rebalancing their portfolios heading towards the digital assets.

Apart from the fear of missing out, other factors behind investor demand for cryptos include their borderless nature. This borderless nature interests investors due to an increasing global commerce and trade network. Other factors include the rise of digitalization and considerable ‘real-life’ opportunities like banking the more than two billion unbanked global citizens.

That poll result is quite interesting. Some analysts believe that a majority of these potential investors will wait until digital assets get regulatory approval in the European Union, the US, and elsewhere before diving into the crypto world. But, expecting these laws to receive approval soon is by no means a formality.

Thus, most potential investors pass on bitcoin and other similar digital assets for now. Stock investing still remains a viable and less risky investment strategy. Even though the equity market is nowhere near perfect, it is more legitimate than cryptocurrency markets. Also, it is less likely to experience impulsive volatility as well.

The Council of Institutional Investors (CII) recently called on the Securities and Exchange Commission (SEC) to set off a formal comment procedure to give guidelines on the use of blockchain technology in proxy voting.

Since the November meeting, CII stated that they have met with several firms developing blockchain-based solutions to share voting and ownership. According to the letter, the innovators are literally waiting at the gates of the public capital markets keen to enter but they are locked out by outdated regulations.

The sooner the updated regulations and laws see approval from the watchdogs, the better for the crypto markets. The institutional investors will then flood in and the market will surge as the digital assets stabilize. Thus, some analysts and experts suggest that  the best time to dive into the bitcoin market is now before the institutional whales come in and push the prices astronomically high.