Regulatory Agencies in Hong Kong Out with Publications on OTC Derivatives 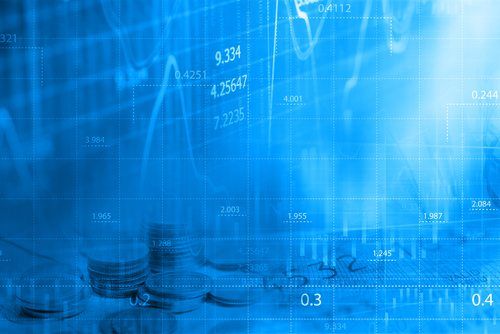 Regulatory Agencies in Hong Kong Out with Publications on OTC Derivatives
Regulatory agents in Hong Kong have been intensifying efforts on ensuring the relevant players adhere to the anti-money laundering guidelines.

A paper focused on the guidelines of the OTC derivatives markets has been published by the Hong Kong Monetary Authority (HKMA) and the Securities and Futures Commission (SFC). The publication outlines several strategies concerning how the market and the transactions will be monitored. This is with the overall purpose of making the financial system more resilient and increase its capacity to tackle risks that emanate from all transactions linked to OTC derivatives.

While making reference to the rules across the globe addressing OTC derivatives, the publication suggested that OTC transactions should be domiciled at the Hong Kong Trade Repository. The publication went ahead to state that a detailed strategy encompassing monitoring and observation will also involve the reporting to be noticed by special transaction details.

The regulatory officials also indicated interest in getting rid of 17 jurisdictions from the list of domains that have been set aside for covering of the reporting tasks. A deeper analysis will also have to be done regarding the detailed monitoring system for the OTC derivatives markets. The essence of this is to add some value to the existing platform. One way by which this will be done is to improve the list of Financial Services Providers on the OTC derivatives clearing system.

Analysts have pointed out that these guidelines will help Hong Kong not only in its auditing and stemming manipulations and fraudulent transactions in the market, but it will also assist the nation in keeping its reporting and clearing duties’ adherence to global standards as well.

Until the 25th of June, 2019, the SFC or HKMA is open to suggestions, opinions and all forms of relevant feedback on the issue. These bodies have been doing a lot of work in stepping up their systems for regulations in a way that they have been able to fashion a convergence between the big-time buyers and sellers of the OTC derivatives. Publications in the past suggested that OTC derivatives that meet some specific obligations may have to conduct a lot of transactions first on the regulated platforms.

SFC and HKMA have also increased their activities relating to the enforcement of the rules against money laundering. Just some months ago, the Hong Kong Monetary Authority slammed the hefty sum of HK$12.5 million (that is an equivalent of $1.6 million) as a fine against the Hong Kong subsidiary of JPMorgan Chase & Co. The regulatory body did not stop at that, it also blasted the financial giant over its carelessness in the adherence to the guidelines against money laundering and financing of terrorism in the period from April 2012 to February 2014. From all indications, Hong Kong is dead set and focused on ensuring that all institutions in the country irrespective of the size and extent of transactions all follow the stipulated rules and regulations that have been outlined to guide and influence the marketplace.