Could Bitcoin be the Worst Investment Mistake? 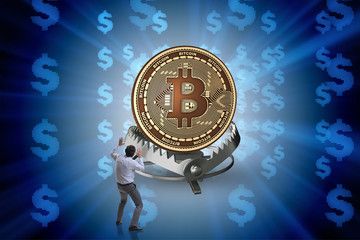 Although the price of the largest cryptocurrency has considerably risen, it is still down by 27% in the last year. Since it reached almost $20,000 in December 2017, it is currently trading almost 75% lower. Additionally, the investors have become increasingly downbeat about all matters and prospects of Bitcoin.

Looking into the future, there might be further constraints for the investors who choose to dive into the Bitcoin market. For now, it has so far lacked the potential to replace fiat currencies. Its massive dependency on investor sentiments could result in major turmoil in the medium term.

Even though the cryptos may, in the end, replace fiat, Bitcoin seems unlikely to lead the way. The token seems to have no infrastructure necessary to repeal and replace traditional currencies. Moreover, lawmakers and regulators seem keen on blocking any of its wider usage opportunities.

Notably, Governor of the Bank of England, Mark Carney, and several other prominent lawmakers have remained vocal with their negative viewpoints on Bitcoin. Thus, the token ultimately fails to command any purpose in the real world. Also, its limited supply makes its adoption into the mainstream markets less likely. Therefore, it is unclear what investors are buying into currently.

Investors have in the past acquired Bitcoin to diversify their portfolios. That strategy was regarded as having a considerably low correlation to the general economy. Nevertheless, the high-risk asset with no fundamentals has its price influenced entirely by investor sentiment. Therefore, in the end, it seems to be highly correlated to the performance of the general economy and stock market.

Thus, the recent gains may have come from the stock market moving higher and investors willing to take more risks. Nonetheless, the recent economic data from China and the US are mixed. The European Union is still struggling to grow while Brexit drags on. All these factors are weighing on the prospects for investor sentiments could be significantly challenging.

It is expected that investors will become increasingly risk-averse when the US monetary policy tightens in the medium term. Hence, investors may for now focus on less risky assets that could, in turn, reduce the popularity of Bitcoin.

The history of the world economy shows some instances where investor excitement rose to levels that never resembled the underlying asset’s value. For instance, the ‘tulip mania’ of the 17th century saw tulips’ price rise to levels detached from the real value of the commodity itself. Recently, the dot com bubble saw websites that had no revenue selling for millions of dollars.

Although Bitcoin may not fit in the same context as either of these events, it may fall sharply in the medium term. Hence, now it may be the ideal time to sell up the digital token and go for high-quality stocks trading on fair valuations.