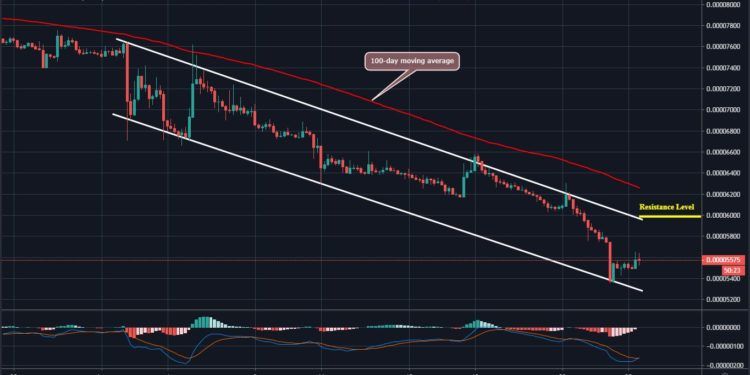 Ripple, the third largest cryptocurrency has been falling after witnessing a sudden rise in early April. Since then, the decline has led the bearish formation in a channel. As it appeared now, XRP may retrace before the sellers resume momentum. Regardless of this, XRP markets are trending in the same direction for now.

Against Dollar, the value of Ripple has dropped by roughly 20% in the past 24 days of trading with the current price at around $0.306 as at the time of writing. With this scenario, XRP/USD market is now following a bearish sentiment.

More so, the 100-day moving average has now traveled above the price action; confirming the bearish move. Respecting the descending channel, a possible swing high may test a strong resistance area at $0.33, touching the upper channel and the red line simultaneously.

A swing low could locate close-by support at $0.29 level. Below this support lies a potential low of $0.27 and $0.25. Currently, the bearish move is revealed on the 4-hours MACD as it operates below the zero level. A crossover may welcome the buyers for a positive move.

Ripple, as a hedge; had been declining for the past month, following a descending channel. Looking at the market structure, XRP appeared subdued with choppy price action. This suggests that market volatility is low.

In fact, the strength of the bear is pictured on the 100-day moving average (red band) which slopes above the price actions. Alternatively, the red band is a defensive line for the sellers.

The sharp decline has been more revealing on the medium-term MACD; operating at the bearish zone. Since yesterday, XRP/BTC market has remained indecisive. A northward move might visit 6000SAT resistance level before the bearish continues. At this stage, shorting Ripple may lead to another sell-off. 5000SAT low may be the next selling target. 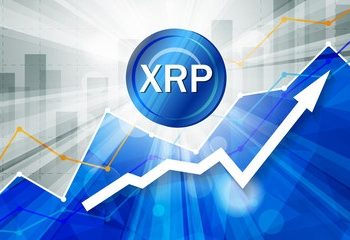 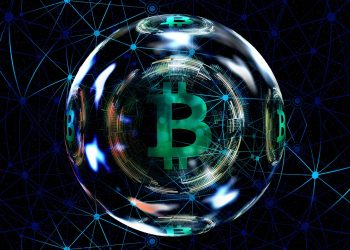 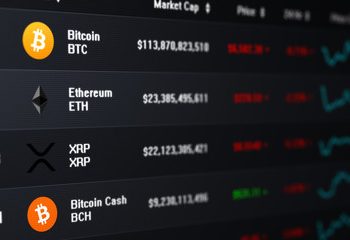