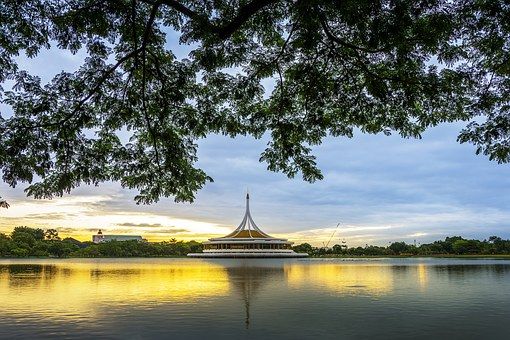 The Thai Navy has confirmed that they are moving forward to remove a ‘seastead’ home. The home was set up by an American bitcoin investor and his partner off the coast of Thailand. An official statement confirmed that the couple went into hiding to evade charges accusing them of violating the Thai sovereignty.

However, Elwartowski claimed that the home thrives 13 nautical miles (24km) out. Hence, according to him, the home was past Thailand’s territorial waters. The Thai Navy filed a complaint to Phuket’s police last week stating that the couple never sought permission to set up the floating platform. The Navy sent out a patrol ship to dismantle the platform on Friday.

The Thai Navy, in the official statement, stated that the dismantling process would prove to be a challenge given the depth of the waters in that area. Once the navy gets rid of that seastead structure, it would act as adequate evidence against the couple. The Royal Navy has denied sending any tactical forces to threaten or chase the couple.

The American’s visa was revoked. If charged and found guilty, Elwartowski, a software engineer who at one time worked for the US military, and Supranee could face a death penalty. A senior Thai government agent, Supoj Rodruang Na Nongkhai, urged the estranged couple to fight the charge in court.

The senior government official said that the couple could most probably have made Thailand their hiding place. He added that the state will proceed with everything according to the law. He reiterated the Navy’s sentiments that nobody is threatening the couple in any way whatsoever.