It is evident that open source has transformed the current world. Developers rely extensively on open source software since it dominates the developer infrastructure. From the many operating systems like Linux in the cloud to databases like MongoDB, MySQL, and Redis, open source is there. Also, the movement dominates the programming languages themselves like Python, C, Javascript, PHP, and Java.

Open source is also good for the consumers featuring in their phones, Android, to their method of web access like Firefox and Chrome. Hence, it makes technology more accessible and open which enables anyone to build anything.

Open source was not mainstream

In the mid-90s, many developers did not know that open software would ever catch on. Only anarchists were leading it trying to tear down establishments. That has plenty of similarities with the blockchain technology. At the moment, blockchain is not yet mainstream and its decentralized nature seems absurd. However, the anarchists are leading it trying to tear down institutions.

In the case of blockchain, it is worse. The significantly inflated cryptocurrency bubble, over-speculation, opportunism abundance, and its recent recession are creating suspicion.

Initially, it appeared like the for-profit companies and open source were mutually exclusive. Major corporations including Microsoft seemed to be the enemies of open source. Companies felt the need to keep their code a secret to maintain a competitive edge.

Today, things have changed. The biggest contributors to the open source are for-profits like IBM, Microsoft, Google, and Facebook. These behemoths are leading many popular projects like TensorFlow and React. The major companies are opening parts of their IP since Open Source is making them more competitive.

An excellent example is Google and Android. Google came late to the mobile space already dominated by Apple and its iPhones. Microsoft also came in late to find iOS and Android dominating the mobile market. Google succeeded mainly by relying on a largely open source operating system, Android. That strategy paid off. 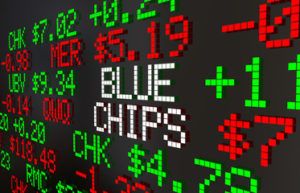 The Android ecosystem was seen to grow as the most formidable answer to Apple’s closed garden. Google forgo their ability to sell licenses for the Android property. Nonetheless, they gained a presence in the pockets of at least 25% of the global population.

The same debate is currently taking place about blockchain. Today, most market leaders remain hesitant about the thought of decentralizing a segment of their business. Their positions of power seem to be linked to centralized control. However, they will eventually adopt the new technology to gain a competitive edge in the market.

To enhance their positions of influence, they must make ecosystems that are significantly open. Otherwise, their competitors will win.

Forks and the balance of power

Facebook released the React IP project that transformed the method with which web frontend is built. However, what remains a mystery is why other companies would adopt this technology for their critical-business paths. For instance, if Facebook one day decides to compete with Google for web domination many things would happen.

With the emergence of a Facebook browser competing with Chrome, it would jeopardize businesses if Facebook decides to make React incompatible with Chrome. The Open Source governance strategy has succeeded particularly due to the concept of forks. Any developer can take the whole source code of any open source project and make a copy that they control locally with just a click of a button. 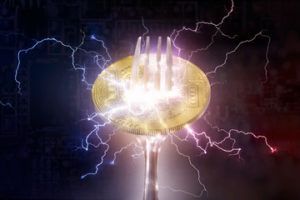 If Facebook decides to make React incompatible with Google Chrome, companies can fork React and develop a version that is compatible. If the fork becomes a favourite in the community, they would adopt it and shun the one that Facebook is maintaining. At some point, the most popular fork would become ‘the’ React in the eyes of the community.

The delicate balance keeps Facebook in check aiming to maintain its position of influence provided that it does not abuse it. The line crosses where the consensus says it does. That sounds close to how blockchain governance works. That same assurance of the ability to fork is a primary guarantee the technology offers its users.

One thing that developers notice is that the guarantee is significantly stronger under blockchain. Beyond the source code of the blockchain system, users can also fork all of its data as well.

Blockchain as a reliable furtherance of the Open Source Movement

The many similarities between blockchain and the open source are not just a coincidence. Analysts and developers believe that the new technology is picking up from where open source left off. There is a limit to what companies can share with open source. Open source is not known to open up live systems and it can never open their data.

It is possible to share the source code for a server but developers cannot share a running instance of that particular server. However, blockchain is making that next step technologically possible.

For the case of Android, the ecosystem derives value form controlling the operating system source code. The value allowed companies like Samsung to join in making the ecosystem attractive. However, Android is not a mere source code. Many living services are essential for the ecosystem to thrive. Android relies on payments, push notifications, and app downloads from Google Play.

These services are not just code but running instances with billions of users querying them daily. They hold a huge amount of data. Google runs Google Play store on private infrastructure. The cost of having the company as the sole controller of the store stands at a 30% fee for every developer who distributes their app digitally. 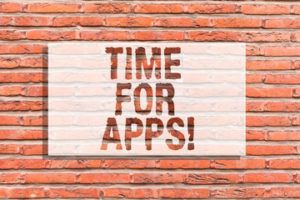 However, that is just the money aspects. Developers feel uneasy with the app approval process with some experiencing app rejection and the three-strike suspension policy. Absolute control of a distribution conduit where one company owns all products being sold and distributed is not good for competition. A good example of such is Spotify in the Apple store.

Android allows competing app stores to launch with Amazon doing an excellent job as an alternative. However, the alternatives have no real solutions to the underlying problems and they provide minimal differentiation. The ability to run multiple services similar to Google Play together would enhance the value of the Android ecosystem. However, that idea is technically impossible with open source alone.

With the emergence of blockchain, the idea is technically possible with a proof of concept strategy. Nonetheless, that idea is still in the pipeline and may never see the light of day any time soon. For business reasons, a decentralized Google Play is not practical enough. Instead, blockchain may enable other for-profit companies like Microsoft to gain ground in the already competitive mobile space.

The creation of an app distribution service that is not entirely centralized may give more guarantees to the developers who rely on it. Moreover, it will make the offering more competitive improving service delivery for the consumers. 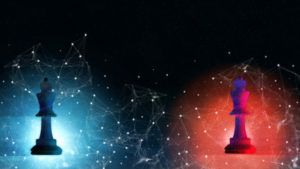 In the future, history will prove that every system that has multiple parties relying on it may ultimately have to offer its users some hard guarantees. However, not all systems will run on blockchain just like not all pieces of software are open source. But, some integral part of the world must be open just like some critical software parts must be open source for companies to succeed.