Active Managers are gearing up for Recession: Could Crypto be the Solution? 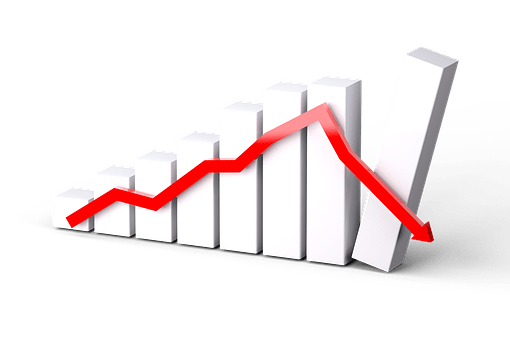 A decade on after the global financial crisis, the world economy is ailing again. Over the past few years, senior investment professionals have predicted the end of the decade-long Bull Run in equities. A majority of them and the macro trends suggest that a recession is imminent.

Worries about the financial crisis are increasing with the latest catalyst being the newly published GDP report. According to that report, China grew at its slowest in 2018 since 1990. Moreover, Britain is extensively paralysed by Brexit uncertainty. The Eurozone, including its ostensibly invincible German powerhouse, is staggering. Even the United States that had been performing well lately is slowing down as the sugar rush of Trump’s tax cuts fade away.

The International Monetary Fund (IMF) worries about a vivid shadow over global economic prospects. The World Bank sends severe warnings of ‘darkening skies.’ However, the stock markets kept rising amidst the rough patches. The stocks have returned to an upward even after the sell-off experienced across asset classes in the last half of 2018.

Even though Brexit and geopolitical uncertainties remain a threat, investors seem more positive than they were six months ago. Nonetheless, a new report has revealed that active managers are gearing up for a recession within the next two years. They all point to the US Treasury yield curve coupled with high unemployment figures as red flags.

If a global recession were to happen, many financial experts think that cryptos, particularly bitcoin, would benefit. A write-up from the March 20 Moody’s US Asset Management Conference revealed that the panel managers are continuously de-risking their portfolios. They were prompted to do that as the US economy started slowing down.

The chief economist at Moody’s Analytics, Mark Zandi, said that once employment starts to rise even at a low level, consumers react immediately. They pull back on spending, in turn, reducing corporate earnings. Unemployment then pushes higher and the vicious cycle continues. Furthermore, an inverted yield curve that lasts for up to two months reduces the lenders’ appetite. 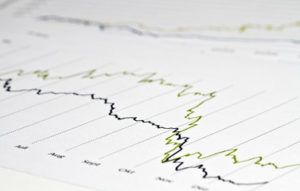 The resulting effect points to low borrowing and high lending to extend credit. Currently, the yield curve is somewhat flat with the 3-month Treasury bill yield. It is hovering around just one basis point below the 10-year Treasury yield although it was slightly inverted earlier. Some of the analysts and financial experts say that the panic button should not be hit for now.

The length between an inversion and recession is quite inconsistent but always long. From the mid-1950s, the yield curve inverts approximately 14 months before a recession and the period is becoming bigger over time. Some analysts think that recession will arrive by the end of 2019 or early 2020.

Taking all the forecasts into account, the active managers seem right to adopt cautious stances while preparing for periods of negative growth in the next few years. For now, it remains to be seen whether it is just a blip or a more severe 2008-style global crash.

If a significant decline in economic activity persists, investors will search for alternatives to safeguard their wealth. A managing partner at Cosimo Ventures, Ciaran Hynes, belies that cryptos will experience several effects depending on when the recession strikes and what triggers it.

If a recession occurs in the traditional markets soon, subject to excessive contraction of the dollar money supply, there will be a rush to scarce cash. Moreover, a decline in the relative market value of all assets in liquid form, like gold will occur. All the unstable cryptos may crash hard and the higher quality dollar-pegged stablecoins could surge.

Most of the crypto holders will stay away from fiat and a market premium for the stablecoins may come up. The weaker dollar-pegged stablecoins and those with no actual transparent dollar reserves behind them may even experience extensive shorting until they collapse. 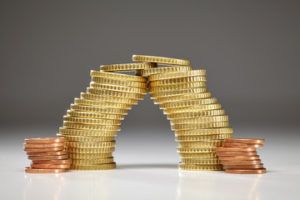 However, if the recession arises from other factors, cryptocurrencies will gain more popularity. The digital currencies will thrive as an alternative to the dollar. Consequently, all dollar-pegged stablecoins may then experience massive sell-offs and tests on their ability to store value.

If a global recession affects the purchasing power of fiat currencies, the appetite for owning bitcoin and other major cryptos will rise. A Bitmex Research revealed that BTC has traded as a safe haven asset from 2011 to 2013. After that, it turned into a speculative asset. If bitcoin would shift again to become a safe haven asset, it would appreciate extensively against fiat currencies in the case of a recession.

Whether a recession comes soon or later, only time will tell the effect that the digital currencies will have on the global financial space. They would be a welcomed solution to mitigate the effects of the looming recession.