Russia is a Wilderness for Bitcoin: Only 9% of Russians Know about It 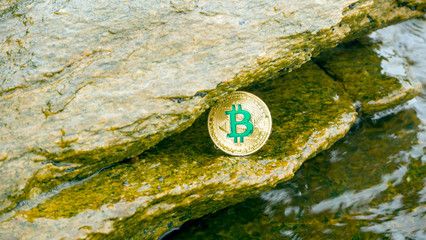 The cryptocurrency market is still nascent with many developments coming up with each passing day. More and more people keep gaining interest and investing in the most popular cryptocurrency; Bitcoin. However, a recent survey conducted by the famous state-owned Russian Public Opinion Research Center (VTsIOM) discovered something interesting.

Although the Russian Republic is well conversant with the term Bitcoin, $BTC▲1.11%, it lacks in-depth knowledge of cryptocurrency. According to the results of the survey, 56% of Russians know something about bitcoin and 18% have heard of the term. Nonetheless, just a mere 9% confirmed that they have extensive knowledge of the cryptocurrency.

This particular survey interviewed 1,600 Russians above the age of 18 via telephone on April 4, 2019. As expected, the level of BTC awareness is most extensive among the younger generations. 67% of the 18-24-year-olds who participated said that they are aware of the digital currency.

Some 37% of the respondents who know something or have heard about Bitcoin acknowledged that they know anybody can buy the digital currency. Interestingly, approximately 12% of the respondents thought that the largest crypto is banned in Russia. That fact is technically not true because cryptocurrencies remain entirely unregulated in this country.

Perhaps the most notable fact is that among those individuals that know about Bitcoin, 65% believe that it is a bad investment. A mere 2% of people in this group have ever bought any bitcoins. Maybe Russians are not quite keen on purchasing the digital currency. On the other hand, they have chosen to respong cautiously in the face of a state-backed survey.

While this survey might highlight that the Russian public knows very little about Bitcoin, the same is not true for the government. In March, the Russian government eliminated any mentions of cryptocurrency from its now famous digital asset bill. Further reports have also postulated that Russia is leveraging Bitcoin to bypass trade sanctions, particularly those imposed by the United States.