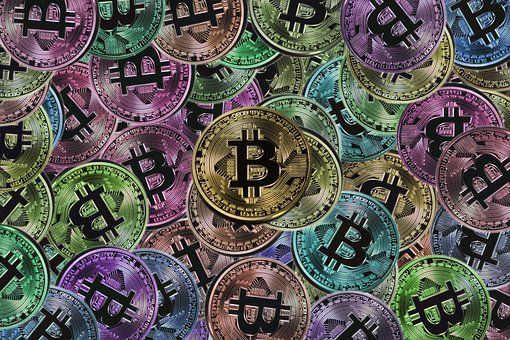 Since the start of 2018, the cryptocurrency markets were dominated by the bears. However, 2019 seems promising. Bitcoin has had a mini-rally in the past fortnight that reveals a gradual rise in the past few months. From the $3,200 lows in late December, the most popular digital token has rallied to $5,200 currently.

The altcoins have followed Bitcoin’s lead and the entire crypto world seems promising again. The largest crypto always delivers the market as it is evident from its history. As bitcoin keeps bouncing, the questions come up with the most important ones being; ‘is the bear market over?’ and ‘is it time to buy bitcoin once more?’

Major components of a large bear market: time and price

It is true that markets correct themselves automatically in price and time. In terms of price, an 85% correction would be enough given what came before it. Bitcoin is just like the other major markets that came before it. Whether you look at the dotcom in 2000, uranium market in 2006, junior gold mining activities of 2011 or the 3D printing dominating 2013/14, the trend is almost the same.

In the case of gold, it never had an 85% correction, but the firms that were mining the precious commodity did. As a matter of fact, the corrections were mostly over 85%. Some of them even went to zero with 100% corrections. The same case goes for the largest cryptocurrency. Most of the ICOs, smaller-cap coins and some other coins have corrected much more.

Every two years, Bitcoin seems to correct by around 85% with two in 2011, a single one in 2013, one between 2013 and 2015 while the latest one happened in 2018. Hence, an 85% correction seems to be enough to cleanse the market. Time is also of the essence in the bear market. One year may not be enough since uranium is still in the doldrums 13 years later.

Gold languishes for the past 8 years and it also took the Nasdaq almost 15 years to reach its 2000 high. This comparison with commodities may not be valid since Bitcoin proves to be much more dynamic and fast-moving. It is new and exciting with most of the people working in the nascent market being young. It is, therefore, bound to move at a fast pace.

Maybe, the comparison with the dotcom seems valid. The Nasdaq took 31 months, between 2000 and 2003, to move from peak to trough. The entire correction was 83.5% (from 4,800 to 795), similar to the percentages by Bitcoin. In the case that you acquired the Nasdaq in 2003, you had to wait 12 years to reclaim the 2000 highs. Nonetheless, it was a great buy in the category of the once-in-a-generation variety.

Commentators and stakeholders wonder: is this bitcoin’s perfect buying moment?

Bitcoin may look good, but another correction may be on the horizon

Currently, the market is trending upwards. All traders looking for short or intermediate-term trends are now getting aboard the bitcoin train. The nine-, 21-, and 55-day moving averages are all heading upwards. However, the market may need more time to purge before the bears officially fade from the markets.

Various analysts think that the recent surge in bitcoin prices is just a relief rally. Hence, it does not indicate the start of a new bull market. The current rally may take BTC to the $6,000 zone by early summer.

But, a lot of resistance has formed between the $5,800 and $6,500 levels. That area was the old low with bitcoin holding up there for almost ten months. Finally, the region proved to be the “breakdown point”. The most popular crypto is expected to try several times but fails to rise above the resistance zone.

After it fails to clear the resistance, it may plunge back to re-test the $3,200 lows maybe in the autumn. Then, a double bottom will develop in that place becoming an excellent technical base on which to mount the next bull market run. In that case, the markets will have had enough of a cleansing in both time and price laying indomitable foundations for a new bull run.

Whatever next move that Bitcoin takes from the current levels, only time will tell.