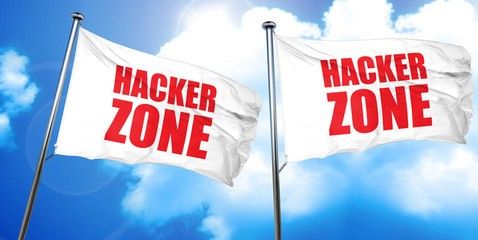 In January, there was the infamous Cryptopia hack coupled with the sudden death of QuadrigaCX’s CEO. Now, the South Korean crypto firm, Bithumb Exchange, seems to have been hacked once more. This time, the hackers made away with a staggering 3 million EOS worth to the tunes of around $13 million.

According to reports by Primitive Ventures’ Dovey Wan via tweets, the exchange was attacked by hackers. The hackers targeted the hot wallet for EOS and transferred the tokens from it. The private key for the EOS account was stolen enabling the hacker to siphon at least 3 million in EOS.

Bithumb is being hacked, at its EOS cold storage level!!! Over 3million EOS has been transferred out 👀👀👀

Detail to be reported, confirmed by security firm who’s auditing for Bithumb

According to Wan, the hackers allegedly transferred the EOS to their wallet, “ifguz3chmamg,” and originating from Bithumb’s EOS address “g4ydomrxhege.” The blockchain explorer for the published hacker’s address revealed a massive number of outgoing transactions to several exchanges. Wan said that much of the stolen EOS ended up at other exchanges like Changelly, EXMO, CoinSwitch, Huobi, and KuCoin.

She also mentioned that the hacker still had around 1.9 million EOS in the wallet. Nonetheless, the aforementioned address had only 0.0011 EOS. On the other hand, the exchange’s address had a total balance of 3,006 EOS. Wan also revealed a hacked XRP wallet [rLaHMvsPnPbiNQSjAgY8Tf8953jxQo4vnu] signed by Bithumb. At that time, the account only had 37.72 XRP.

According to Wan, this is how the hacker’s timeline looks like,

Whale Alert acknowledged these transactions tweeting that 3,069,400 EOS worth approximately $13.45 million was transferred from Bithumb.

So far, no official statement has come from Bithumb via Twitter. Nevertheless, a user noticed that the exchange had actually tweeted about that incident but later deleted the posts.  But after much outcry online from the community, the Exchange said that the incident is an accident involving insiders.

Bithumb said that after a thorough inspection they have so far not found an external intrusion path. Based on their facts, the exchange will continue the investigations into this matter in conjunction with KISA, Cyber Police Agency, and security companies. They are also working with major exchanges and foundations expecting to recover most of the lost tokens.

How will EOS Block Producers React?

In the cases of other major cryptos like Bitcoin, reversing the purported hacked transactions would be impossible. However, in the case of EOS, there might be hope in amending this situation. EOS’s Block Producers (BP) are equivalent to Bitcoin’s miners. They have the ability to reverse transactions and freeze any flagged accounted in extreme situations.

BP EOS42 alleged that it had frozen seven accounts nine months ago. Months later, users reported that an arbitrator of the crypto platform reversed a transaction without the permission of an account’s owner. Currently, there is no reported blockchain ecosystem that has similar capabilities.