Stay Away from BitPanda, It Is a Scam; a Disgruntled User Warns 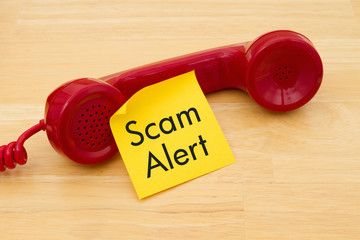 Bitpanda Exchange, based in Vienna, Austria is known for its sleek crypto trading operations. However, one user, Matt, advises potential investors to stay away since the exchange company may steal from them behind the scenes. According to the customer, the company makes fake trade on behalf of the customers on their accounts.

Matt decided to set up an account after reading the wonderful reviews. The verification process proved extensive and exhaustive taking around 10 minutes. He sent many photos holding up his passport next to the face and he reckons it was meant to make the business look good and legit.

Everything seemed alright until Bitpanda did a crypto swap with no notice or email of the development. They changed Euros to USD and LTC to BTC while litecoin was in full bullish movement. The unauthorized trade appeared in the user’s portfolio in the wee hours of the night. In fear of the account being compromised, Matt proceeded to contact customer service.

Customer service said that they locked the account for security reasons and left it locked for 2 days. Later, they ‘casually’ reactivated it when LTC formed a bearish trend sliding towards the price that Matt bought it at around 52 EUR. After their alleged investigations, they said that they found no security issues in Matt’s account.

Hence, they technically told the user that he executed the unauthorized swap then reported it. On a closer look at the charts, it was evident that the ghost swap appeared during the LTC bullish peak. It makes sense that when in fear, Bitpanda may tweak the prices slightly.

Proof of the Bitpanda Scam Allegations

In Matt’s case, they may have done the swap to the USD and then BTC, a less volatile currency, to cover any possible losses. They may also have executed unauthorized trades in the user’s account when they thought of the possibility of losing a lot of money.

In the end, the account owner makes less profit as Bitpanda shields themselves from any unexpected losses. They take advantage of that strategy since users have no way of proving that they did on execute the unauthorized trades.

Matt confirmed the swap as fraudulent after doing another test swap. In the unauthorized swap, he got no email notification of the action. However, he got a prompt notification email promptly after re-swapping from BTC to LTC.