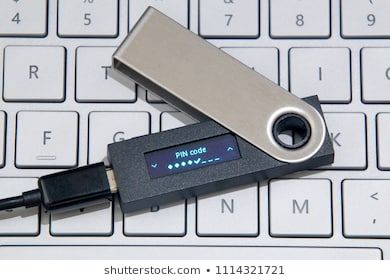 Ledger ranks among the biggest cryptocurrencies hardware device makers. The company has always strived to take advantage of the strong storage demands for digital tokens in various markets worldwide. Although many investment opportunities are available, the company announced that it has postponed its Ledger Nano X shipment due to last-minute production hitches.

Despite the crypto winter, more developments keep mushrooming as a result of increasing adoption of cryptocurrencies around the world. Some countries, like China, have banned crypto activities but the new market is gradually spreading across Asia. To gain ground in this region, the company set up regional operations based in Hong Kong.

The company may not worry about the widespread ban in China and wants to continue tapping the crypto hardware market worldwide. However, the company experienced some unprecedented challenges that made them postpone their supply of Ledger Nano X units. According to the official announcement, unexpected production issues surfaced at the last minute. Hence, they abandoned plans to ship the units this week as earlier planned.

They promised their customers and the general Ledger community that they will work round the clock to deliver the units promptly. The announcement went on to state that the delay will take at least one month but the company will keep users updated the entire time.

The company strives relentlessly to deliver only the highest quality products. Thus, the latest Ledger Nano X shipment delay aims to guarantee that only top quality units reach the market. They are cautious especially after the overwhelming support they got from the Ledger community. They received thousands of pre-orders of the new Nano X units.

Reason for the Delay

After the company got a shipment of materials for the Nano X unit planned for assembly and shipment, they had to reject some of them. The rejected was due to low quality that did not meet the company’s standards. That rejection is responsible for the delay that made the company not to supply any of the pre-ordered Nano X this week. The company apologized to the eager customers and the entire Ledger community.

To appease the disappointment of the users, the company promised to offer a free Ledger Nano S. The freebie will go to those who pre-ordered a Nano X before the official delay communication as a token of appreciation. The device can be used as a backup for the Ledger Nano X.

All those with pertinent concerns and questions are advised to contact the customer service for further assistance.