Fiat is Controllable but Bitcoin is Indomitable 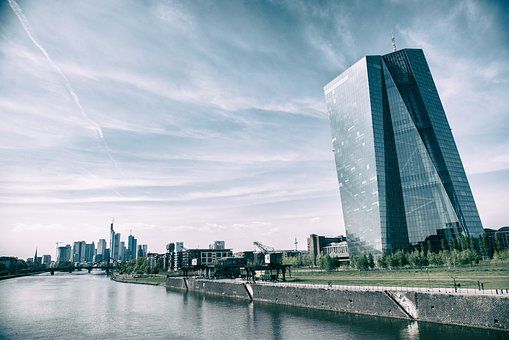 Advancement in technology is causing ripples in every sector of the world indiscriminately. The financial world has taken a hit too with the emergence of digital currencies. These digital tokens keep replacing fiat currencies gradually but steadily. The rising new market makes commentators think that Bitcoin is indomitable since it is at the top of the crypto world. The digital currency has remained at the top despite the persistent bear market.

On March 12, the European Bank took to Twitter to answer questions from their clients and interested parties. A shocking reply by the Chief Economist of the European Central Bank, Peter Praet, in the forum sent a cold shiver down the spine of all participants in the Q&A session.

When asked where the bank got its money, he simply replied that as a central bank, they can create money to buy assets. The same money that citizens and institutions work relentlessly to get, the bank simply prints it. It is common knowledge that central banks print money. However, when overdone, it may lead to inflation challenges. Inflation affects the economies and buying powers of the countries involved.

Modern money has majorly lost its physical form. Mobile and plastic money have replaced the physical denominations. The monopoly of the banks when valuing or devaluing currencies without the consent of the general public makes it agonizing for the workers. These workers sometimes find their money devalued without their consent hence technically earning less than what they work for.

The world is currently moving forward rapidly and hence money and its representation is also evolving. Electronic money has already taken center stage running the economy. But questions arise; who owns this money? The only available answer is that banks own the money.

Although the ECB said that bitcoin is not money, it might soon realize that it made a huge mistake driven by ignorance. Bitcoin’s idea is quite simple although it is clouded by its details and technology. The digital currency is indivisible, has the characteristics of anonymity, but with a fixed monetary policy.

Satoshi Nakamoto designed BTC in 2009 in response to the vicious global financial crisis of 2008. The crisis ironically resulted from the irresponsible and careless monetary policies adopted by the American FED and World Banks. Although it may seem like a conspiracy theory, the 2008 crisis is not the only instance of banks’ irresponsibility.

In the case of Venezuela, a gigantic political and social crisis resulted in the collapse of the local currency and the resultant hyperinflation is making life unbearable. Without any viable solution in sight, the country seems to be adopting cryptocurrencies in attempt to salvage what is left of their economy.

With the ECB Chief Economist bluntly stating that the bank prints money whenever they need, more people are losing their trust for the traditional financial institutions. Bitcoin bulls ran away with that opportunity urging people to buy the largest digital currency due to its decentralized nature.

Although bitcoin is decentralized and cheap to transact in, it is still relatively new. Thus, potential investors and users should to proceed with caution. The cryptocurrencies and their underlying blockchain technology need time to develop to their full potential.

Users can start by investing in small fractions of the largest crypto by market capitalization and they will gradually gain possession of independent, free money. In a world where traditional money keeps collapsing, something decentralized proves worthy. Hence, bitcoin is indomitable in that nature.