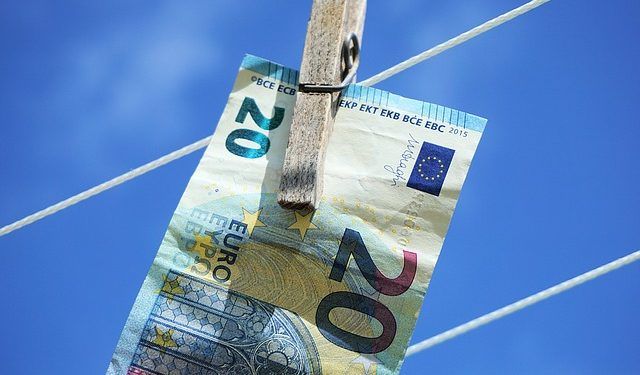 The largest Nordic Bank is the latest victim of the region’s widespread money laundering scandal. Nordea Bank Abp supposedly handled almost 700 million euros (equivalent to $793 million) in disputed funds. Investigators believe that some of these funds are connected to the death of Sergei Magnitsky who died in a Russian prison after acting as the whistle-blower for this scandal.

The claims were made in an exclusive report by Finnish broadcaster YLE on March 4, citing leaked documents spanning between 2005 and 2017. A tainted picture is forming with regards to Nordic banks. Often through their Baltic units, the banks are becoming hubs for Russian criminals who are eager to invest their illegally amassed wealth into the West.

On February 19, 2019, the Board of Estonia’s Financial Supervision Authority issued a directive to Danske Bank to ban the activities of the bank’s branch in Estonia. The expulsion was done in response to this historic money laundering scandal. The bank is also under investigation in the United States after admitting its participation in the $230 billion Estonian dirty money scandal.

Sweden’s oldest lender that also doubles up as the biggest Baltic financial group, Swedbank AB, also got entangled in the same scandal ($5.8 billion USD involved) in February and is currently under investigations by Estonian and Swedish financial regulators.

An analyst at Bloomberg Intelligence in London, Philip Richards, believes that the scandal is set to run and run without any end in sight until banks publish the full extent of their involvement in the dubious transactions.

Casper von Koskull, the Nordea CEO, acknowledged that the industry has been naive in dealing with money laundering while speaking in an interview with YLE. He said that Nordea takes this matter seriously and agreed that banks in the past have underestimated the complexity of the way money launderers operate. On the other hand, the bank said that the latest revelations are old claims that Nordea has already responded to.

The latest allegations revealed by Danish newspaper Berlingske and YLE state that most of the money in question was transacted in the bank’s operations in Denmark, Estonia, and Finland originating from Lithuania’s now-defunct Ukio Bankas ($6.79 billion USD involved). Also, shell companies were used but it is not clear whether all the transactions were necessarily illegal.

Julie Galbo, Nordea Chief Risk Officer, announced that the bank cannot comment on particular transactions or client relations. But, she told Berlingske newspaper that some things happened but they should not have happened. Nordea shares fell by around 6.5% when word broke earlier in the day that YLE and Berlingske were preparing that report.

However, the stock bounced back slightly after investors realized that the scandal was not as big as that associated with the Danske Bank.

The Nordea assertions make a part of the Organized Crime and Corruption Reporting Project’s investigation that is affecting several other major banks in the region.

The investigation project is known as the Troika Laundromat that revealed 76 so-called nodes created by employees of a private Russian investment bank. The created nodes were designed to move roughly $8.8 billion for Russian businessmen working closely with the Kremlin.

In 2018, Nordea moved its headquarters from Sweden to Finland. The shift resulted from the bank’s failure to live up to anti-money laundering rules that made Swedish authorities to fine it in the past. However, the bank insists that it is cooperating with all the relevant authorities handling this matter.

Investor Bill Browder recently complained against Nordea filing claims that stated that the bank is heavily linked to the Danske scandal. Finland’s authorities are reviewing the case and have not yet decided whether the investigation is warranted. Browder targeted Danske trying to figure out the beneficiaries of Magnitsky’s murder who helped uncover a Russian tax fraud case.

Browder also asserts that he has conclusive evidence implicating Nordic banks to playing an integral role in the of Russian money laundering. He also says that he has more evidence that will shed light on the case.

With such cases becoming the norm around the world, maybe the traditional global financial networks need to implement blockchain in all operations. Since nothing can be hidden on the blockchain platform, such cases can be solved easily and all perpetrators will be brought to book within the shortest time possible.