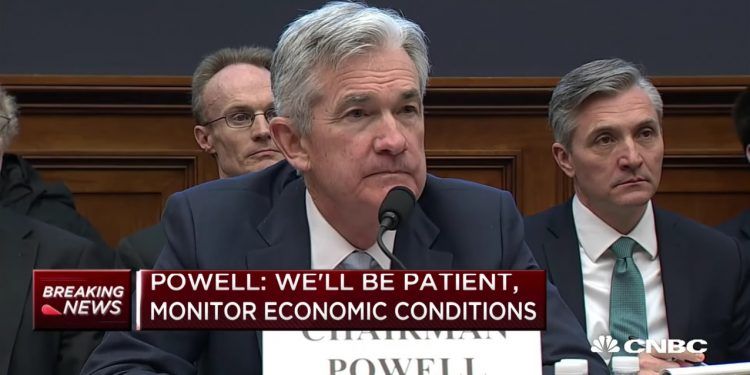 Jerome Powell, the chairman of the FED (U.S. Federal Reserve) commented on inflation in the US, regulations, and the general digital assets space while testifying at Capitol Hill on cryptocurrency.

When asked by Rep. Warren Davidson from Ohio whether he thinks regulatory clarity in the sector could enhance innovation in the cryptocurrency market; he said that the token economy needs regulations for it to thrive.

He also believes that increased regulatory clarity in the nascent market is necessary to eliminate scams and fraudsters without suffocating the rate of innovation.

Rep. Davidson continued discussing inflation and how the FED plans to reach their 2% target. When asked if he could determine the level of variation for the anticipated inflation, Powell stated that 2% inflation is the FED’s primary objective that may change depending majorly on how the economy evolves. Bitcoin together with many other virtual currencies have pre-determined inflation rates that can never be increased.

For instance, in 2021, Bitcoin is scheduled to have an annual inflation rate of around 1.8% without fluctuations. Furthermore, the inflation rate is going to decrease even further in 2024. Later, Rep. Barry Loudermilk asked if the FED has taken any position with regards to the impact of cryptocurrency from a monetary policy perspective.

In response, Powell said that he believes that the digital currencies do not have a significant effect on the monetary policy in the short term. The reason why the effect is considered minimal is that people are currently not using these tokens for making purchases in the economy.

Furthermore, the cryptocurrencies were initially designed to become a store of value for some individuals and investors. Since the digital currencies have not yet broken into the mainstream economy, they pose no significant effect on the direction that the inflation rates of the American and global economies take. Since the tokens are highly volatile, they have not attracted many investors.