The CEO said, that he will order a Tesla Model 3 the minute Elon Musk accepts his offer and takes over the torch. 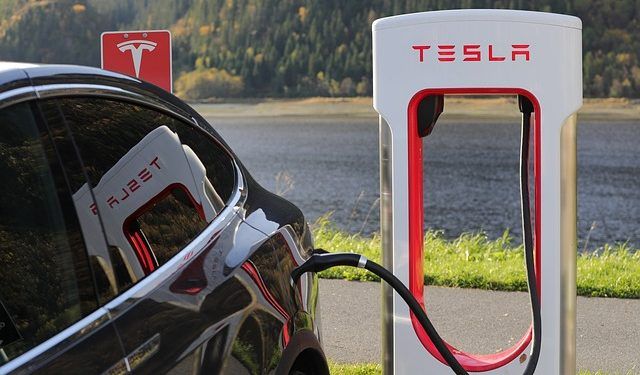 Bitpanda CEO, Eric Demuth, recently tweeted to Elon Musk that he would buy a Tesla car if Musk holds the Lightning Network torch.

The main purpose of Lightning Torch is to create awareness about Lightning Network. Its an experiment where one user passes on the torch to another by making a torch payment of 10,000 satoshis.

As the Lightning Network torch or LN is making waves in the crypto industry, Eric Demuth is challenging Tesla CEO Elon Musk to take the challenge next. In a tweet posted on February 14, he said: “I will order a Tesla Model 3 the minute Elon Musk accepts my offer and takes over the torch.”

I will order a @Tesla Model 3 the minute @elonmusk accepts my offer and takes over the torch. #LNTrustChain ⚡️

…also add a stankmeme of your choice on it if desired. pic.twitter.com/bUjK3GptPs

But Demuth is not the first person who wanted to persuade the billionaire techie to look into Bitcoin. Before him, Binance CEO Changpeng Zhao, the CEO of cryptocurrency exchange Binance, also wanted to pass the LN torch to Musk. Before him, Twitter CEO, Jack Dorsey, also wanted to bring Musk to the fold. However, the Tesla boss has maintained silence on this issue.

It is quite interesting to see a man like Elon Musk not say anything about an emerging technology that is making heads turn worldwide. Musk is usually ahead of the curve and talks about emerging technologies a lot. He is the man who put a Tesla car in space and also wants to go and settle on the planet Mars. So, what keeps him away from digital currencies? The answer is yet to be known.

In February last year, Musk opened up about his cryptocurrency holdings and told the world that he owns literally “zero” cryptocurrency. All he has is 0.25 BTC that was sent to him by a friend some time ago. Apart from this, he has no stake in any digital coins.

Demuth waited for Musk’s response for a few hours before he finally started looking at other options. He pondered over Nick Szabo and Jameson Lopp before settling on Alena Vranova, the founder of SatoshiLabs and Trezor. Vranova passed it on to Stacy Herbert without much deliberation.

Elon Musk was busy wishing people on Valentine’s day and sharing his love for rockets on Feb. 14.

He has also been rumored to be Satoshi Nakamoto, the legendary anonymous creator of Bitcoin. However, he has debunked the myths and said he had not created Bitcoin.