Someone Uploaded the Child Abuse Images to the Bitcoin SV Blockchain

Payment Processor Money Button confirmed that its service was used to upload the illegal images on the BSV blockchain early in February. 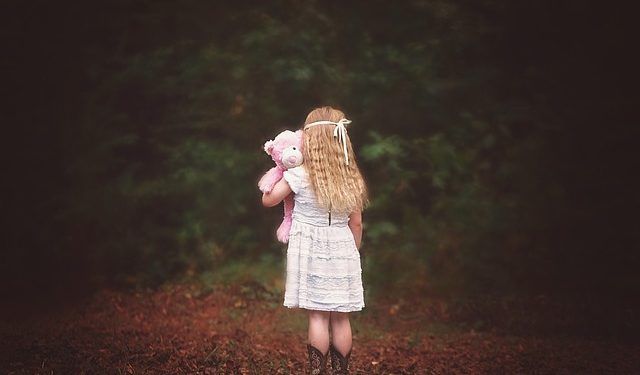 
Since its inception, blockchain has revolutionized the world and it is gradually gaining adoption in various industries that are expected to transform the livelihoods of the general public. As the new technology thrives, it has also been marred by a plethora of controversies and challenges. Recently, images of child sexual abuse were discovered embedded in a prominent system powering a high-profile cryptocurrency.

A user uploaded the illegal images to the core ledger of Bitcoin Satoshi Vision (BSV) by via a payment processor. The blockchain ledger is described as a running record of crypto transactions that is shared among all the users of the platform. After the incident, experts have warned that the abuse of blockchain technology is a growing problem, BBC reported.

The blockchain technology is the underlying vehicle for many cryptocurrencies including bitcoin. It records everything about how the digital currencies work and stop people from executing fake transactions of even manipulating their account balances. One fundamental feature of the distributed ledger technology is that any data added to it can never be altered without considerable effort.

Money Button confirmed that its service was used to upload the illegal images on the BSV blockchain early in February. According to the UK laws, possession of indecent photographs of juveniles is an offense and any distribution of these materials warrant long prison sentences.

Jimmy Nguyen, the founder of nChain, stated that the company had ‘zero tolerance’ for any illegal usage of the system. He added that the Bitcoin SV blockchain is not in any way a place for criminal activity. He added that anybody who tries to use it for illegal purposes will leave a digitally signed evidence trail that will never be erased.

The company is ready to work with all global law enforcement authorities to eradicate all illegal misuse of Bitcoin. The founder of Money Button, Ryan Charles, added that criminals are trying to push the limits since most businesses and companies increased the size of allowed data recently enabling them to post large files.

The abuse images in the BSV blockchain were discovered when they appeared on Bitcoinfiles.org. The site allows users to browse a rolling list of various contents including messages added to the blockchain. The appearance of these images prompted an investigation from the police and Bitcoinfiles.org has since shut down the blockchain browsing service.

Also, the user that uploaded the material was banned by Money Button. Also, the platform has set up filtering systems to identify whenever anybody attempts to upload similar content. Mr. Charles warned that criminals should know that everything published or executed on the blockchain is time-stamped, signed, and linked to everything else.

He added that the companies have all the essential information and data necessary to track down the criminals and prosecute them and it has been passed to the authorities.

Eric Erstu is the operator of the Cryptograffiti website that enables users to read messages that are embedded in the Bitcoin blockchain. He explained that currently the technology is not yet ‘mature’ and there is nothing that could be done to prevent these cases from happening in other blockchains.

He added that special care is vital to seek and discover any illegal content uploaded on any blockchain because it is not a trivial procedure. In the case of law enforcement, a lot of groundwork detective processes must be implemented in the hopes of finding the user who uploaded these illegal contents. However, tracking them is not too challenging because everything done on the blockchain is immutable.

Roman Matzutt, a blockchain researcher, working from the University of Aachen, in Germany, warned that the challenge of people uploading illegal content had turned into a “pressing issue”. He announced that there is ‘ongoing research’ to find methods of removing such undesirable content from blockchains but the results are ‘not yet mature’.

Also, there is a lack of adequate sustainable solutions besides making content addition to public blockchains hard. Thus, the new technology needs further improvement to ensure that criminal activities are minimized and in some cases avoided.