The crypto bank will primarily focus on advising institutional and wholesale investors in the cryptocurrency and digital assets markets.

by Justin B.
in Crypto news
7 min read 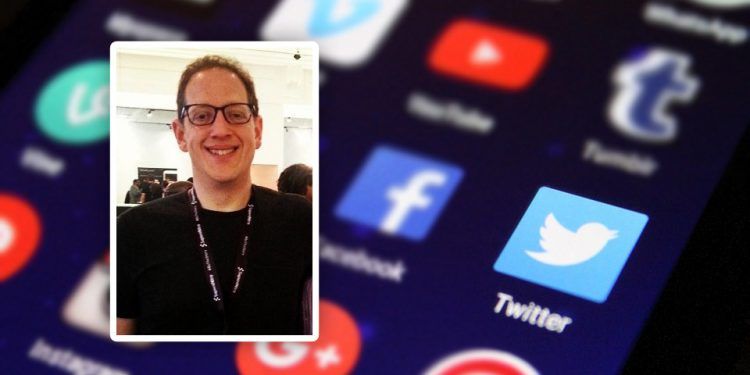 The First Growth Advisory Pty Ltd, an ASX-listed company, has hired Jeff Pulver, an early stage Twitter investor, to assist in the building of a crypto bank. Mr. Pulver will join the company’s board to work towards the construction of an entirely regulated boutique investment bank. The crypto bank will primarily focus on advising institutional and wholesale investors in the cryptocurrency and digital assets markets.

The Executive Chairman of First Growth Funds (ASX: FGF), Anoosh Manzoori, announced the high-profile revolution in an ASX market press release. He said that the company has a clear first-mover advantage and they want to take up the position as a market leader in the entire institutional and regulated digital asset and crypto markets.

The Chairman said that he wants the company to be the first choice for advisory, investments, and trading for institutional investors as the crypto industry becomes a mainstream industry.

Jeff Pulver is renowned for pioneering voice-over-internet-protocol (VOIP) during the early eras of the internet. The Internet pioneer acquired around US$12m to set up ‘Vonage‘, one of the first ever VOIP brands. Also, the New York-based tech entrepreneur identified the potential of Twitter when a small number of individuals were using the platform.

He also organized the famous 140 Character Conference which was a global twitter conference. His latest involvement with First Growth Funds is one of the many significant cryptocurrency roles that he has acquired. He was previously Vice Chairman of a big New York blockchain advisory and investment firm, established the Blockchain Token Association, and was also an advisor to tZERO that raised US$134m.

There is no particular time-frame that has been set for the creation of this crypto bank.

Twitter CEO and Co-Founder, Jack Dorsey, is another Bitcoin bull to emerge from the social media platform. Mr. Dorsey said that he believes bitcoin will, in the long term, become the native currency of the internet. He was speaking on The Joe Rogan Experience podcast. He added that BTC is something that was born on the internet, developed and tested on the internet, and it is of the internet.

Mr. Dorsey is also Square’s CEO, the company that developed the ‘Cash App‘, which has supported Bitcoin since 2014. The app was tweaked in 2018 to enable users to buy and send BTC to friends. He said that Square decided to enable BTC purchases within the Cash App to learn more about the new technology and take some risks to spur considerable growth.

Square and Cash App are pushing to see BTC become a global currency to enable them to reach more people and move faster worldwide. Originally, they wanted to offer a transactional platform until they noticed that people view bitcoin as an asset, maybe a virtual gold. Thus, they strive to make it easy to buy and sell the digital currency.

Two years ago when bitcoin was on the rise, people borrowed everything they could with their credit cards to invest in the digital currency. Now that it has lost over 80% from the 2017 peaks, debts are on the rise threatening to sink the economy into a recession. Thus, a lot of education is necessary with regards to investing in this new, volatile and uncertain market.

To shield people from making uninformed excessive buying, Cash App prohibits buying bitcoin on their platform using a credit card. They also look for day trading which they highly discourage and shut down without any prior notice. Dorsey believes that money is among the last remaining undisrupted industries.

Dorsey added that when the internet is considered as a market, country, and a nation, it will eventually have its own currency. The internet nation is simply the entire world. Thus, in this context, the world gets a single currency which is freeing and quite exciting.

Jack Dorsey believes that blockchain will, in the long run, enhance social media platforms and assist in holding content creators and users to account. According to him, the world is experiencing a revolution, particularly with blockchain technology, where all content that is getting created will exist forever.

Users will never have the capacity to take down any content that they publish or censor it since it will never be centralized ever again. The new developments in the blockchain sector are certainly threatening various services behind financial institutions, governments, and banks.

These capabilities of the new technology to revolutionize the global financial systems have excited the Twitter crypto bulls especially Jeff Pulver to indulge actively in the building of the first crypto bank.