Bitcoin and Crypto Documentaries Every ‘Hodler’ Should Watch

There are many other cryptocurrency related documentaries created worldwide, but these are the most independent, influential and recognized. 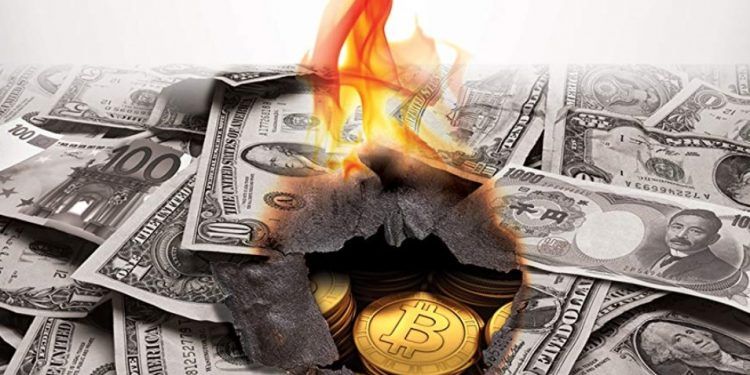 "Bitcoin The End of Money as We Know It". IMDB Image


Documentaries on bitcoin and cryptocurrencies are getting the necessary funding highlighting the pros and cons of the sector. This would mean that there will be an opinion from the critics too while exploring the possibility of whether this is an alternative segment in real terms. Significantly, this comes amidst the weakness in the overall cryptocurrency market, which is continuing in the current year.

Documentaries are not created for the first time for bitcoin and cryptocurrencies. For instance, even in 2014, a documentary on “The Rise and Rise of Bitcoin” was done by a computer programmer.

In this movie, created in 2014, a computer programmer becomes fascinated with the digital currency Bitcoin, and through his involvement in the Bitcoin community, he learns about the impending global impact of this amazing new technology.

TRAILER: “The Rise and Rise of Bitcoin”

“Bitcoin: The End of Money as We Know It” came in 2015 offering the informative and concise course and the emerging asset class. This movie traces the history of money from the ancient world to the trading floors of Wall St. The documentary exposes the practices of central banks and the dubious financial actors who brought the world to its knees in the last crisis.

It highlights the Government influence on the money creation process and how it causes inflation. Moreover, this film explains how most money we use today is created out of thin air by banks when they create debt. Epic in scope, this film examines the patterns of technological innovation and questions everything you thought you knew about money.

TRAILER: “Bitcoin: The End of Money as We Know It”

In 2016, “Banking on Bitcoin” was done demonstrating how technology could shape the lives of the people citing it as the most disruptive invention after the Internet. The documentary talked about the ideological battle between mainstream capitalism and fringe utopists.

According to the creators of this movie, not since the invention of the Internet itself has there been such a controversial technological creation as Bitcoin. Bitcoin’s early pioneers sought to blur the lines of sovereignty and the financial status quo. After years of underground development, Bitcoin grabbed the attention of a curious public – as well as the ire of the regulators the technology had subverted. Yet after landmark arrests of prominent cybercriminals, Bitcoin, which actually surged on election night, still faces its most severe adversary, the very banks it was built to destroy.

4. “Cryptopia – Bitcoin, Blockchain and the Future of the Internet.”(Soon)

Most recently, Screen Australia indicated its intention to fund crypto-related documentaries despite the sentiments towards the emerging asset class turning out to be mixed one relative to previous optimism. While supporters of the digital coins continue to remain upbeat and optimistic, critics have taken advantage of the last year’s poor show to strengthen their opinion.

Screen Australia declared in October 2018 that it will fund 14 documentary projects through the Documentary Producer and Commissioned programs and “Cryptopia” was within the list.

For the record, Crypto documentary “Cryptopia – Bitcoin, Blockchain and the Future of the Internet” is being created by the same team who created “Bitcoin: The End of Money as We Know It”.

The team has returned to probe the underlying technology of bitcoin, i.e., the blockchain, and the perspective to reinvent the Internet’s future. The team has indicated that they will do their best to probe if the technology could be a credible alternative to the existing systems and curb the financial meltdowns apart from keeping private information safely.

There are already enough critics about the trillion dollar industry, and the project is getting crowdfunding on Kickstarter. Currently, 204 backers pledged AU$ 44,120 to help bring this project to life.

TRAILER: “Cryptopia – Bitcoin, Blockchain and the Future of the Internet.”

There are many other cryptocurrency related documentaries created worldwide, but these are the most independent, influential and recognized.