Fidelity is Scheduled to Launch Bitcoin Custody Service in March 2019

Fidelity will thoughtfully interact with and prioritize potential customers in the next few months based on jurisdiction and needs among other factors. 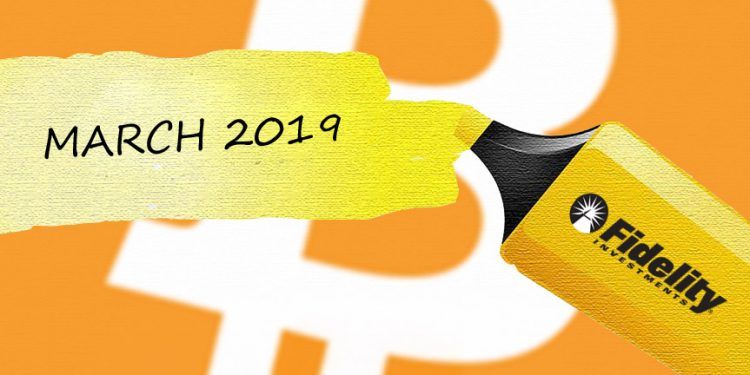 According to three reliable sources, Fidelity Investments is working on its Bitcoin custody service’s launch date expected to take place in March. The mutual-fund behemoth is moving forward with a plan to help ease any fears of trading digital assets and cryptocurrencies.

The Boston-based firm announced last October that it would provide various crypto products primarily designed for lager investors like the hedge funds. According to anonymous employees of the three firms that contacted Fidelity in the recent weeks, the Bitcoin storage service will be the first available product. The sources emphasized that the plans are still private but stated that Ether custody is expected to be next.

The company said in a Tuesday statement that they are currently striving to serve a few eligible clients as a pilot project while they continue to build their initial solutions. Also, the statement stated that Fidelity will thoughtfully interact with and prioritize potential customers in the next few months based on jurisdiction and needs among other factors.

Custody is a commonplace practice in any conventional financial markets like stocks. It involves a third party that is neutral holding onto securities, in turn, minimizing the risk that they will get stolen or lost. Although several start-ups have tried to provide the safekeeping service, a majority of the Wall Street professionals have desired to work with huge financial service firms, the role that Fidelity aims to fill.

The cryptocurrency industry has suffered from various setbacks including the persistent bearish trend that lasted throughout 2018. Also, the recent government shutdown is accused of causing various delays in this new market including the postponement of the Bakkt launch. Amidst all this undesirable ‘noise,’ it seems like developments in the blockchain and crypto industries have not slowed down so far.

Fidelity is among the firms that are leading the way in launching and enhancing developments to increase the viability and potency of the cryptocurrency markets. Their competitors in the provision of custody services include JPMorgan Chase & Co., Bank of New York Mellon Corp., and Northern Trust Corp that have explored joining the field.

The Necessity of Custody Services

Over the years, the digital coins are continuously getting stolen making it important for the creation of better safeguards. Abigail Johnson, the Fidelity CEO is an advocate of digital assets which sets her apart from most of her rivals. The firm started mining bitcoin in 2015 under her stewardship. She believes Fidelity Digital Assets will appeal to Wall Street’s budding appetite for safeguarding and trading digital currencies.

Fidelity is a big provider of retirement savings and mutual funds. Thus, it is hoping to leverage its famous name and woo over institutional customers that are keen to join the digital currency trading activities. Currently, Fidelity works with at least 13,000 financial institutions.

It has also acquired notable individuals from the crypto world including Tom Jessop who became the head of corporate business development over a year ago. Jessop was previously the president of Chain Inc. that provides blockchain technology to financial companies. Risks associated with custody service provision include staving off hackers, managing cryptographic keys for customers, and staying within compliance boundaries.