The token sale of BTT was concluded in less than 15 minutes. 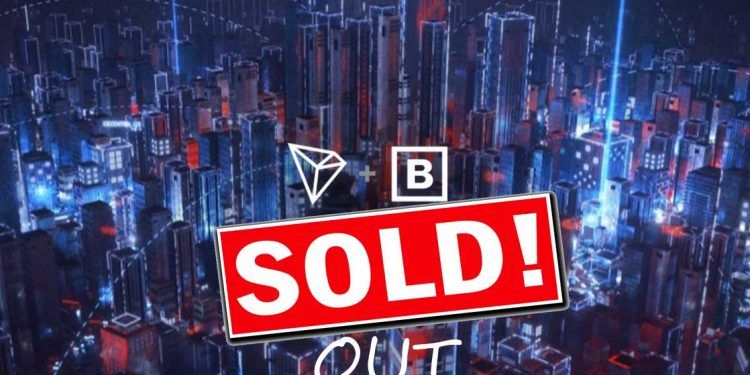 Founder and CEO of Tron Foundation, Justin Sun, has made it official that the token sale of BTT was concluded in less than 15 minutes. There were also some disappointments like Moheb, who tried to buy them and failed thus leading to venting his unhappiness over the public sale. Despite the restrictions, the sale of token concluded within minutes as some have doubted the process terming it as shady.

A tweet from Anderson Vasconcelos indicated that there could have been a better limit per user since only 900 people own the token. There were some people who wanted clarifications since there were continuous captcha errors. In fact, questions were raised about the trustworthiness of the initial coin offerings (ICO), and Samy El Orfi does not want to trust anymore.

It was quite evident that some people were not happy and that they are waiting for the airdrops on February 11. On that day, it would commence its first airdrop to Tron or TRX holders. The foundation disclosed that once the block height reaches 6.6 million, the snapshot would be taken. The first airdrop will represent about 1.1 percent of all-out circling supply. The foundation also indicated that for long-term holders, the foundation intends to airdrop an additional 99.99 billion BTT during the offline and online events in respect of 10.1 percent of all-out circling supply.

There are two conditions for qualifying to get airdrop. For instance, there should be some amount of holding of TRX and that each wallet on the system would become eligible for airdrops to the extent of their holding. There are no minimum criteria to get the BTT airdrops. The second is that holders should ensure that TRX lays in the wallet that is approved by it officially. The second airdrop could happen anytime between March 11, 2019, and February 11, 2021.

We also made the full list of exchanges which will support the upcoming BitTorrent Airdrop for TRX holders: See all information and the full list here: