This would mean that the bank is keen on tapping the increasing habit of using the digitalized method of banking. 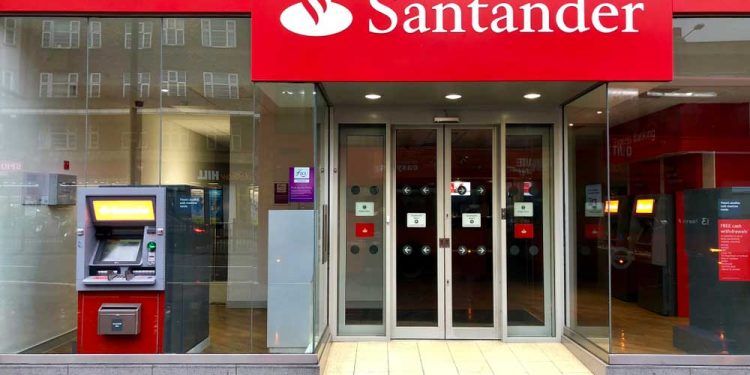 There appear to be some associations with the recent steps taken by the Spanish-owned Santander Bank that has announced shutting down of 140 branches. This puts threat on 1,270 jobs. Incidentally, the incidents come at a time when the company opted to use Ripple’s new app to facilitate global payments thus becoming the first United Kingdom bank to do so. This would mean that the bank is keen on tapping the increasing habit of using the digitalized method of banking.

Santander has blamed changes in the way customers opting to carry on their banking activities in the changed circumstances. The bank pointed out that digital transactions have nearly doubled in the last three-year period whereas branch transactions dipped 23 percent in the same period. The latest move to close down the branches comes on the back of Ripple’s introducing blockchain technology that will enable global payments with the help of a new app.

While the bank indicated that it was a staff pilot project, the financial service provider made it clear that they are keen to widen the technology in the upcoming months or years. Santander’s retail and business banking head, Susan Allen, indicated that the bank had to take some tough decisions on the less visited branches. However, he indicated that the remaining 614 branches would have bigger branches providing enhanced facilities. Smaller branches would use the newer technology to provide convenience.

While declaring its intention to use Ripple’s new app, the bank remained the first to engage in transferring ‘real funds externally.’ By doing that, Santander is only developing an ideal standard of service as customers prefer digital transactions. For this purpose, cryptocurrencies are also playing its part. For instance, digital coin exchanges witnessed record transacting volumes in 2018 despite most of the virtual assets losing over 75 percent of their value.

Coinbase, which is a big cryptocurrency exchange in the United States, recorded 21 percent growth in combined trade volume in 2018 from the preceding year. Incidentally, Kraken and Bitfinex have recorded growth of 192 percent and 50 percent respectively. Similarly, Tether has witnessed a month-over-month increase in volume. For instance, in December, it was 8.5 percent, and the growth rate was 66 percent from October. These data only supports the arguments put forth by Santander and the bank is also keen to take advantage of the growing habit of digitalization.