Bank of England senior adviser Huw van Steenis said that most cryptocurrencies have failed most of the fundamental tests of financial services. 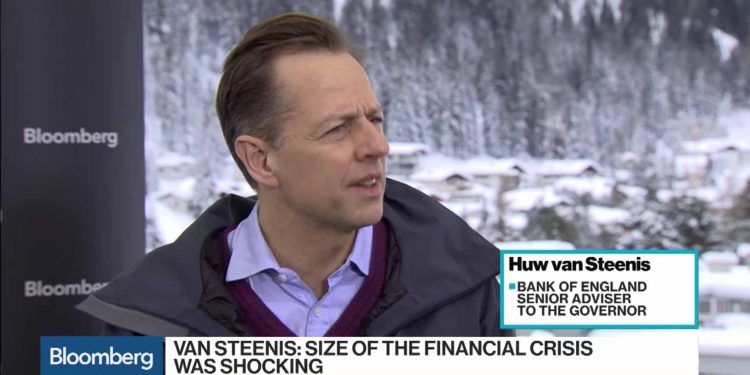 A senior adviser of Bank of England Governor Mark Carney, Huw van Steenis, said that most cryptocurrencies including Bitcoin have so far failed most of the fundamental tests of financial services. BTC is hovering between $3,500 and $3,600 levels although it is mostly unchanged in the past 24 hours. Since the beginning of the year, the coin has lost approximately 4%.

While a few countries are reading embracing blockchain and cryptocurrencies, the Bank of England remains doubtful of the new technology. According to Van Steenis, virtual currencies have not yet exhibited any strength that can make them get considered for incorporation in the mainstream global financial systems.

Steenis previously worked at Morgan Stanley and Schroders before joining BOE in 2018. He is currently leading a review of the future of finance. While speaking to Bloomberg Television from Davos Monday, he explained that cryptocurrencies are not an excellent unit of exchange since they do not hold any value and they are slower.

Therefore, the digital coins are not high on his list of concerns at the moment. He confirmed that the Bank of England is currently faced by many challenges. One of the biggest challenges that the bank faces is how they move on with the regulation of new entrants to the banking system especially those from the technology firms.

Steenis said that he loves the enthusiastic nature that the Fintechs posses as they target to get new customers. However, he wonders whether the technology firms will have acquired customers before the traditional banks can innovate to adopt new technological solutions.

On the technical charts, BTC/USD is currently capped by DMA50 that is currently pegged at $3,700. That handle has proved to be a formidable resistance that halted the recovery on several occasions. Once it is cleared, the next noticeable resistance levels have formed around $3,800 and $4,000 levels. However, only sustainable moves above the December 24 highs will confirm that the price of Bitcoin has bottomed out.

The inability of Bitcoin and the whole cryptocurrency market to recover and sustain growth is what made Van Steenis state that they failed the basic financial tests.