He executed the transaction to demonstrate the responsiveness of the onboarding process that takes less than a minute to complete. 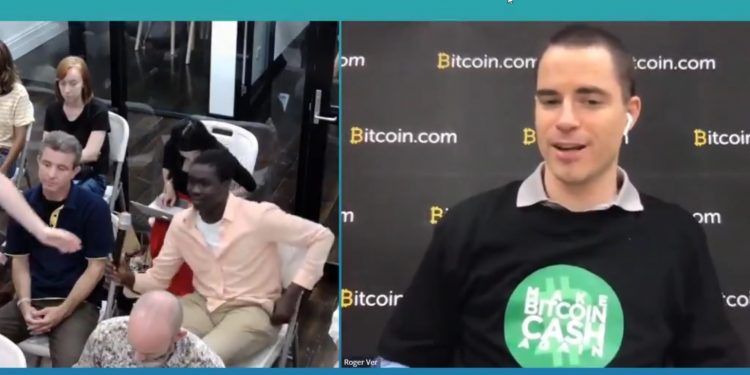 Recently, Roger Ver explained the current and future prospects of the Bitcoin Cash (BCH) blockchain. The famous BCH creator is adamant and still remains unmoved stating that bitcoin cash remains the best and most widely used cryptocurrency in the provision of a reliable transaction medium for day-to-day transaction activities.

Sent BCH from Japan to Australia Over a Video Call

Ver is not shy when demonstrating how the cryptocurrency works. He has even sent bitcoin cash from Japan to Australia over a video call. He executed the transaction to demonstrate the responsiveness of the onboarding process that takes less than a minute to complete. The Bitcoin cash vocal supported believes that the cryptocurrency will soon take over the entire digital assets space.

Watch as a man receives his first Bitcoins at our local BCH meetup.
The power of #BitcoinCash is demonstrated as @rogerkver sends #BCH from Japan to Australia over a video call. Not only that, but the onboarding process took less than a minute. pic.twitter.com/nIbSdm4OiV

In one of his videos in the blog, Ver explains the various uses of the Bitcoin Cash network that include offering retailers, merchants, and customers with a cheap and instant method of payment. Earlier, he had pointed out the recent addition of BCH to Kraken Exchange for margin trading. The move, nonetheless, limits users from opening margin positions on their BCH balances since they are representatives of collateral assets on the exchange.

Bitcoin Cash as a Payment Method

The spending and reliability of bitcoin cash are demonstrated successfully when BCH supporter Hayden Otto walks into a restaurant and get a drink which he pays for using the cryptocurrency. The payment process goes through within seconds. There is a recorded increase in adoption rates of BCH across the world particularly due to the rapid increase in adoption rates in China throughout 2018.

A new report from China has revealed that at least 14% of the entire population of China owns cryptos due to the enhanced marketing strategies in the country. Despite the strict regulations placed on the crypto sphere by Chinese authorities, the massive growth rate in the industry is showing with the increasing adoption of Bitcoin cash around the world.

The peer-to-peer electronic cash system enables free, fast, and reliable transactions. The BCH proponent termed the fourth largest coin in market capitalization as the coin with the most reported real use cases. Although analysts think that BTC beats BCH on the issue, research reveals that Ver’s statement is accurate subject to the ratio between the frequencies of transactions on exchanges and the number of transactions executed elsewhere.

Here’s the video where Roger Ver answered a huge amount of crypto-related questions. Make some hot beverage and hear in-depth thoughts about Bitcoin Cash, Bitcoin SV, Bitcoin and so much more.