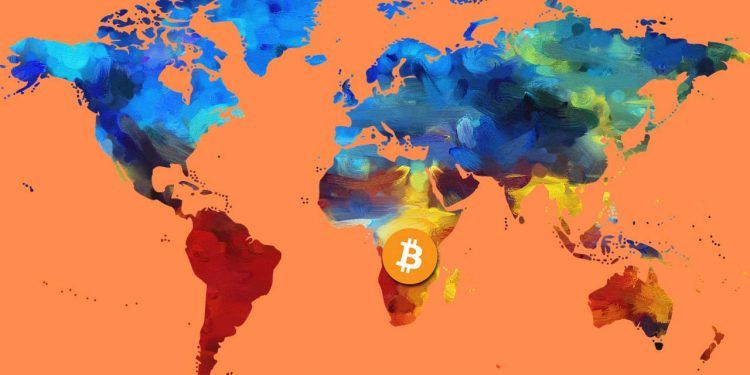 The assets in question are commonly referred to as cryptocurrencies which are digital representations or tokens that are traded, accessed, verified, and transacted electronically by various communities of users.

The South African Reserve Bank released the document comprising of recommended regulatory guidelines designed for the crypto-asset industry. Even though the regulation is not yet official, it is a gigantic step in the SARB formulating their position and giving South Africans clear guidelines on how to engage within the crypto sphere.

The bank published the paper on January 15 with a short notice calling members of the public to offer their comments and opinions about the regulation via sarb-fintech@resbank.co.za. Even though many in the industry maintain an anracho-capitalist ideology, the move is expected to create a progressively liberal regulation that protects the public from becoming victims of Ponzi schemes and scams.

The reality of this matter is that the free market anarchists will search for means to get to their goals irrespective of the framework of rules and regulations introduced in South Africa. On the brighter side, the regulation will not be heavy-handed when it is scheduled to be introduced in the first quarter of 2019’s financial year as explained in the consultation paper.

The Major Points of the Paper

The South African Reserve Bank recommends that the crypto ATMs, merchants accepting crypto as payment, trading platforms, crypto custodian wallets, and buy & sell crypto services be registered with FIC. This proposal may, unfortunately, face some opposition especially from those who loathe bureaucracy and joined the crypto world due to its decentralized nature. Anyone who does not approve that suggestion is encouraged to email their sentiments.

SARB has proposed that crypto assets like bitcoin to not become legal tender or ‘digital money.’ Silver, platinum, and gold, with the exception of Kruger Rands, have no legal tender status. Thus, the phrase “crypto assets”, instead of “cryptocurrency” is highly recommended.

Due to the severity of the ‘money’ issue, SARB wants to implement the regulation quickly and amend it accordingly as the industry evolves. The psychological effect of money on people and its serious nature, in general, has prompted the reserve bank to guarantee that the new space is properly regulated quickly while acting and amending as innovation in the industry evolves.

The South African Reserve Bank does not consider crypto assets as a significant industry for now. However, they will recognize it when its total market capitalization surpasses $1 trillion. In the paper, SARB considers any industry below $1 trillion not significant in any way. However, the authorities in South Africa want to remain proactive in the way they approach the industry since they acknowledge its popularity, prominence, and increasing influence in the global financial world.

The reserve bank targets to become entirely proactive about the existing and developing crypto assets. They started to become proactive after making official statements about crypto assets and Bitcoin back in 2014 via their “Project Khokha.” The bank is seen to adopt a strategy that will prepare it adequately for the developing worldwide trend toward decentralized digital assets and blockchain.

SARB acknowledges the threats that the rise of crypto assets pose to central banks and other traditional financial institutions. From a vantage competitive point of view, the bank said that an increasing number of individuals are turning to crypto assets and dumping fiat deposit accounts. The trend may soon threaten the wellbeing of central banks and their modus operandi eventually affecting the economy negatively.

Hence, SARB states that crypto assets should never become legal tenders. With such statements and opinions, the crypto community is lucky to know that the Reserve Bank is still considerate and significantly open-minded toward crypto assets.

The overall sentiment from the paper shows that it is a comprehensive and progressive approach from a major Reserve Bank member of the G20 world economies. South Africa is a major player in the world economy and the proposed regulation is an encouraging outlook of cryptocurrencies from its reserve bank.

SARB is a notable progressive central bank within the G20 world economies group that has a favorable approach towards innovation, particularly blockchain and distributed ledger technology. South Africa is leading other countries in creating an all-inclusive open-minded regulation by soliciting input from all stakeholders including development houses, traders, investors, and exchanges.

The move is in contradiction to those by the USA, India, China, and the UK which adopted heavy-handed approaches.