The French Yellow Vests causing havoc in the Banking world; is crypto a solution? 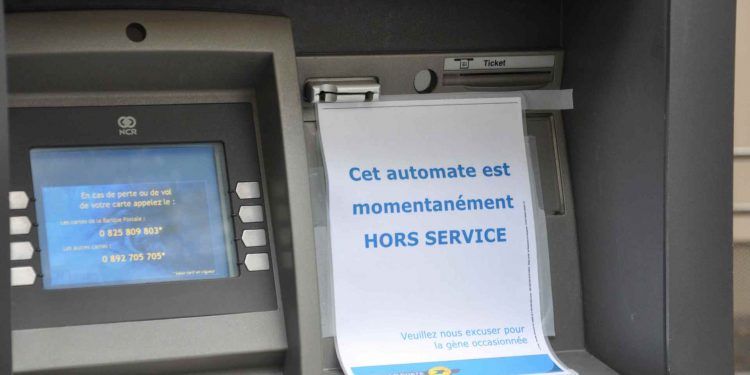 https://www.dailycrusader.com Image / ATM is Not Working

A group of activists that make up a part of French protect movement encouraged their supporters on January 9, 2019, to set off a bank run by emptying all their bank accounts. On the other hand, the government urged its citizens to express total discontent in a national debate instead of participating in weekly disruptions of Paris streets via demonstrations.

The yellow vest movement activists took to social media recommending the massive cash withdrawals. Maxime Nicolle, one of the protestors, called it the ‘tax collector’s referendum.’ The protestor said that the movement aimed at getting the citizens’ ‘bread’ back since the government is making profits with their money in the banks.

The activists and adherents of this movement hoped that the government would listen and heed to their demands after the banking action. They want citizens to have a chance to propose and vote on any new laws.

Meanwhile, Prime Minister Edouard Philippe said that the government plans to set up a ‘big debate’ this week in all regions of France. The Prime Minister said that the government wants the debate to be rich, engaging, impartial, and fruitful. The primary areas of focus of the debate will be democratic issues, public services, climate change, and taxes.

Philippe said that any French citizen can propose a local event with an internet platform offering another channel of discussion.

President Emmanuel Macron proposed the debate to hear and respond to the pivotal complaints aired by the Yellow Vests. The president also announced measures to enhance the purchasing power of French households to the tune of 10 billion euros ($11.5 billion).

What started off as simple protests in Paris is slowly taking onto the international stage. Although the globalists claimed that the “bank run” would not work and would have no effect on the Euro and French banks, the currency has taken a slight hit and seems to be suffering from a ‘short squeeze.’ Also, these protests appear to be causing ripples as far as Canada and Ireland.

Also, the Royal Bank of Canada announced “maintenance” which affected both business and personal accounts. They also warned that the maintenance process may result in unexpected circumstances. The effect from the French bank run on several Canadian banks cannot be underestimated. Canadian banks claim that they went bankrupt in 2008 and have stopped marking their books ever since.

Several banks including CDIC, the Canadian equivalent of the FDIC, confirmed that they do not have adequate resources to cover a bank run in the case that it happens. Most of the banks in Canada operate without CDIC protection. During the 2008 recession, some banks went to the US Fed to get at least $114bn USD in bailout funds.

The effects are confirmed by multiple reports that French banks are restricting and sometimes denying withdrawals from a majority of their customers. Some of the ATMs were left not working. Thus, the French bank runs seem to be working despite the leftist narrative and major media blackout. The bank run seems to have rattled the government extensively leading to mercenaries dressing as French police and firing live ammunition into crowds of unarmed civilians.

In this unfavorable climate in the banking systems, it seems like it is just a matter of time before another global financial recession takes a toll on the global economy. It does not have to turn southwards with the existence of cryptocurrencies.

The digital currencies may be the missing links to achieving stability in the global economy in times of turmoil. Bitcoin and other major cryptos may turn out to be dependable stores of value. Cryptocurrencies are freedom since they are decentralized. They give all users opportunities to manage their money acting like private banks without restrictions.

Cryptocurrency owners can access their money at any time whenever they wish without restrictions while on the other hand banks just want to make money as proven in the French bank run case.