How Intellectual Property plays a Role in Crypto and Blockchain

There are many large companies dedicated to investing in the future of cryptocurrency despite the complications in obtaining crypto patents. 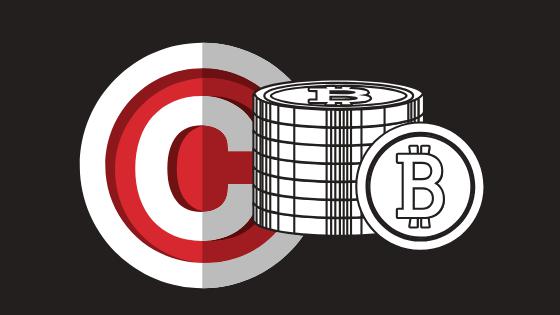 How Intellectual Property plays a Role in Crypto and Blockchain

The rise of the blockchain and cryptocurrency movements has generated a booming new industry, ripe with opportunity for monetization. Investors, entrepreneurs, and innovators getting in on the ground floor of these movements should consider implementing Intellectual Property (IP) protection strategy in their business plans.

IP protection is especially critical for inventors of new coins, developers who have created new software or computer-based methodology to innovate within blockchain, or emerging bitcoin companies seeking to attract investors.

The types of IP protection are patents, trademarks, copyrights, and trade secrets. The best Intellectual Property strategy should contain a combination of all four types, with a focus on patents.

Patents grant the owner an exclusive right, or monopoly, for a limited time on the claimed subject matter disclosed in the issued patent. They are a powerful form of intellectual property protection. A significant distinction for patents compared to other types of intellectual property protection is that the published patent documentation must enable someone of ordinary skill in the art to make and use the invention.

A trademark is a word, name, logo, symbol, device, or combination thereof, used to identify the source of goods or services in the marketplace. Trademarks allow prospective customers to weigh the reputation of the manufacturer of the goods or provider of the services.

A trade secret is any valuable information that is not publicly known and of which the owner has taken reasonable steps to maintain secrecy. These include information such as a business plans, customer lists, ideas related to research and development, specific methodology utilized, etc.

Complications With Patenting Blockchain and Crypto

There are two distinct patent category types: blockchain-specific and cryptocurrency-specific. Both patent categories are increasing in popularity.

While patents are considered the most crucial aspect of any successful Intellectual Property strategy, the growth of the blockchain movement has revealed a number of complexities in the process of patenting these assets. Three of the most notable complexities revolve around the newness and instability of the industries, ethical concerns, and difficulty demonstrating patent eligibility.

Inherently, there is controversy in patenting crypto. After 2008, the world experienced a deep lack of trust about money being owned by one central party. Cryptocurrency arose in part to eliminate this need for monetary centralization. The original blockchain software was intentionally made to be free and open-source. Many would argue that patenting directly contradicts the ethos of the blockchain.

Next, cryptocurrency patents often see scrutiny in courts due to subject-matter eligibility concerns. Blockchain currencies and software are financial transactions. Federal Circuit courts hold that mere financial transactions are not patentable. In order to patent cryptocurrency, inventors must demonstrate that their crypto software’s functionality makes a process more efficient or effective, provides new data or exceeds that which can be done by humans alone.

Despite the aforementioned complications, increasing regulations/bans, and price volatility, crypto-specific patent filings rose by 16 percent to a total of 602 patent applications in 2017, while blockchain-specific patents increased by 300%.

These growth figures demonstrate that there are many large companies dedicated to investing in the future of cryptocurrency despite the complications in obtaining crypto patents.

The major players who are scooping up blockchain patents are Bank of America, Barclay’s, and Mastercard. Bank of America sought patent protection on its blockchain-based system allowing the external validation of data; Barclays filed two patent applications to protect their method for transferring digital currency and storing blockchain data; and MasterCard applied for patent protection on its blockchain-based method for linking assets between blockchain and legal tender accounts. These early patents are extremely valuable because of the freshness of the technology.

Other Methods of IP Protection

While patents are the most critical and valuable IP asset for a business or entrepreneur to obtain on an emerging product, process, or technology, the other methods of Intellectual Property protection are less difficult to obtain and can provide key benefits.

“A bitcoin company, a major bank innovating within blockchain, or a new institution that wants to launch a crypto coin has a brand they’re building much like in any other industry. Trademarks and copyrights are crucial in these early stages. These forms of protection can help solidify a brand and a logo, which in turn will help that company build up a prospective customer base and generate goodwill in the marketplace.”

Copyrights specifically are all about artistic creation and can go very far in crypto. The software codes used by blockchain companies, their UX designs and interfaces, their coin specifics should be protected under copyright law.

Trade secrets are critical as a competitive advantage and should be kept strictly in-house. If a competing company were to rip off your blockchain patent, their copycat wouldn’t be able to perform exactly the way yours would because they wouldn’t have access to your trade secrets. Keep your distinctive processes and systems strictly under wraps, and utilize NDAs as often as possible.

Overall, blockchain and IP can exist in a parallel space despite the underlying complications. Houvener thinks of the relationship between IP law and blockchain as analogous to the relationship between IP and the Internet: “Internet (open) is to website (protected) as blockchain (open) is to a cryptocurrency payment network (protected). With the Internet, no one can necessarily restrict what you can do, where you can go, or how it exists. With blockchain, which is a distributed ledger with a revolutionary lack of central ownership, no one is excluded from obtaining access, nor can one person patent the blockchain.

Like how companies can obtain rights to certain web addresses, website logos, or search engines, blockchain users can get rights to specific usages. This is similar to any particular software or method that uses computing and networking technology.”