At that time the guy did not believed in such an event and just kept play further. 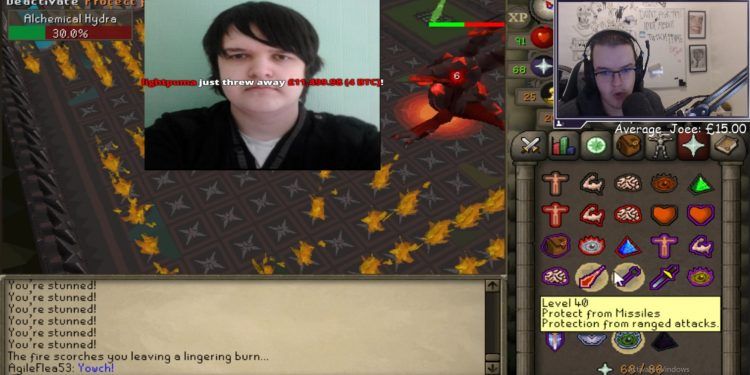 Recently, one well-known Twich gamer  Sick_Nerd got, as he says, life-changing amount of donation in Bitcoin driving the player into shock.

During the Livestream anonymous user donated over $70 USD worth of Bitcoin for Sick_Nerd in front of all audience (~2000 watchers). At that time the guy did not believe in such an event and just kept play further. The donations were made in a several separate ‘injections’.

A Life-Changing Amount of Money

After a while, when player confirmed the donations of whopping ~20 BTC, he named this sum as a life-changing amount, while his fans strongly supported the event by saying that Sick_Nerd was worth it. The Gamer said:

“Thank you to my mysteriously benefactor whoever you are, genuinely a life changing amount of money that I or nobody deserves but look what happened. Crazy.”

I don’t even know wtf to think pic.twitter.com/EpZhY0wCnM

He also underlined, that If that money is genuinely real he is not going to be a retard with it.

If that money is genuinely real I’m not going to be a retard with it.
That’s a down payment on a house or something like that, no versace flip flops or anything I swear.

More on this story, here comes the Old School RuneScape which brings another positive crypto-related sentiment – Venezuelans, who are quite desperate due to its deteriorating economy, are not sparing anything that will come in the way of making a profit in cryptocurrencies though it might be small so they are playing RuneScape to make small profit in cryptocurrencies. More on this in our previously released article: