The couple, residents of Bangalore City in South India, are founders of a crypto digital start-up. 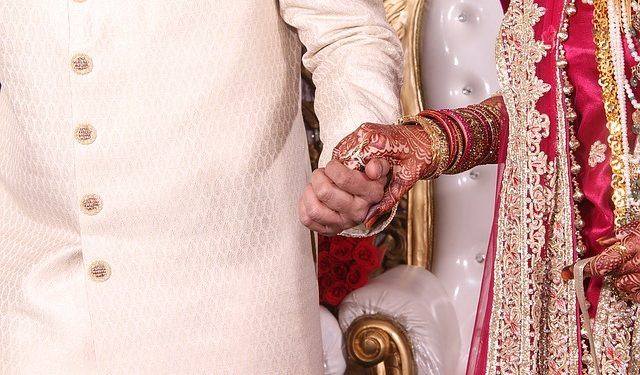 The largest and most popular cryptocurrency has transformed a significant part of the global financial systems during its decade-long existence. Bitcoin is decentralized which makes it attractive among many individuals and institutions worldwide. Concurrently, some bizarre cases associated with the crypto have come up. One of these cases was an Indian wedding entirely based on Bitcoin.

When Niti Shree and Prashant Sharma were planning their wedding, they decided to request for bitcoin as a wedding present. The couple, residents of Bangalore City in South India, are founders of a crypto digital start-up. Moreover, most of their friends work for various technology companies. Mr. Sharma said that they decided to merge technology with gifting for the future.

During the planning of this wedding, they explained to their parents that they wanted to bet their wedding on Bitcoin and the parents were very supportive. The wedding took place on December 9, 2017, four days after the central bank of India warned investors for the third time against purchasing bitcoins. The warning never discouraged the couple together with their family and friends.

It was reported that only 15 of the around 200 guests at the wedding gave the couple traditional gifts. They received bitcoin worth around 100,000 rupees ($1,559; £1,169) at that time. Relatives were thrilled and agreed that the BTC gifting concept was good. They believed that the acceptance of the cryptocurrency will improve in the future although not many governments liked it then.

Several governments are looking for ways to embrace bitcoin and other cryptos. Ravi Shankar, one of the relatives, confirmed that the couple had settled on bitcoin as a gift many months before the price of the cryptocurrency started rising rapidly. The rise and falls of bitcoin have led many to think that it is a bubble but pro-bitcoin experts and analysts believe that it is currently undervalued.

Mr. Sharma said that they are HODLERS of bitcoin since they want to see how the technology adapts to the trends and regulations in the future. He also added that blockchain technology is the real deal. Many financial institutions, governments, and central banks believe that this technology can transform the future of financial transactions.

Experts see the huge potential of blockchain and understand why regulators are concerned. Pranjal Sharma, an economic analyst, thinks that cryptocurrency and blockchain will eventually take over the global financial world and believes that regulators find that there is no adequate transparency in management and ownership of cryptocurrency.

Nonetheless, the fundamentals of this relatively new technology will propel it to sustainable success in the near future. Mr. Sharma and his wife confirmed that they would sell the bitcoin gifts to fund various initiatives that educate most underprivileged children in their society.

Ok. They win! They love Bitcoin so much they had a BTc themed wedding! pic.twitter.com/yVQDv77o93