The two events in the first two days of the trading in 2019 have dragged down nearly every index in the United States. 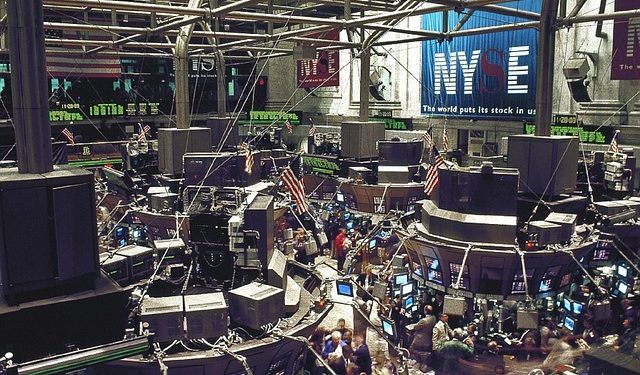 The utmost question doing the round currently is whether it is worth investing in cryptocurrencies, especially Bitcoin, which is the most valuable digital coin. This is because of some weakness was seen in the stock market in the current week following the weak economic data, as well as, the warning issued by Apple on iPhone sales, which could miss expectations. On the hindsight, it looks like the new asset has an edge after having suffered the most in 2018.

There was a twin blow for the stock markets, and both have the origin of China. However, cryptocurrencies movement does not depend on either China or its encouragement currently because of a ban of digital coins in any form in the country. In short, there is little dependence on the biggest economy of the world to promote the new age asset class. This would mean that any unfavorable events or economic weakness in China will not have any impact either on bitcoin or on any other cryptocurrencies.

However, the same cannot be said about the stock markets. This was due to the drop in PMI to a contraction territory and Apple’s warning about weak iPhone sales due to people preferring repairs rather than new phones and weaker than expected sales in China. Significantly, this weak scenario came amidst the trade disputes tension between the country and the United States threatening to deteriorate the condition further. As far as cryptos are concerned, the trade tensions have got little impact either currently or in the upcoming periods.

The two events in the first two days of the trading in 2019 have dragged down nearly every index in the United States. For instance, Nasdaq Composite Index fell 3.04 percent on Thursday while Dow Jones Industrial Averages and S&P 500 fell 2.83 percent and 2.48 percent respectively. The biggest drop happened in PHLX Semiconductor and NASDAQ Computer Indexes by 5.94 percent and 5.03 percent respectively. While Oil index slipped 0.86 percent, gold and silver index advanced 1.73 percent. 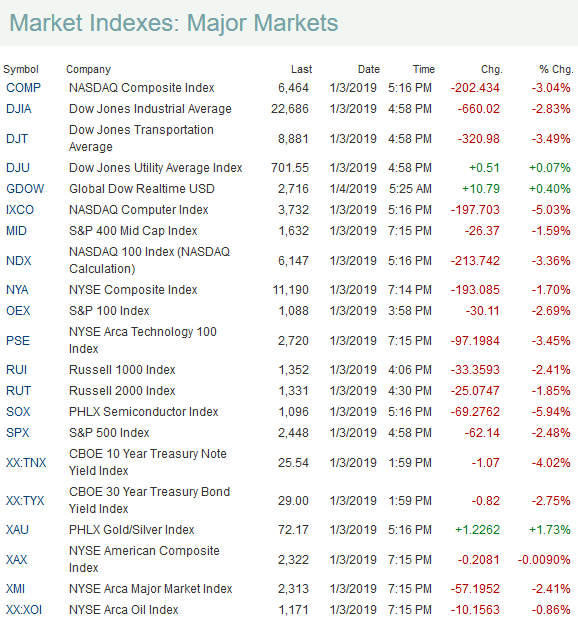 Green in the 7-Day Period

Though these cannot be termed as favorable completely, the fact is that cryptos, especially, bitcoin, remain the potential bet to gain if the stocks continued its downtrend. Possibly enough, Bitcoin can become a ‘Safehouse’ for all stock market traders in near future.[/responsivevoice]