How does 2019 for Electroneum (ETN) Look? Fundamental Review

The coin has generated elevated investors’ interest due to its unique features including mobile mining. 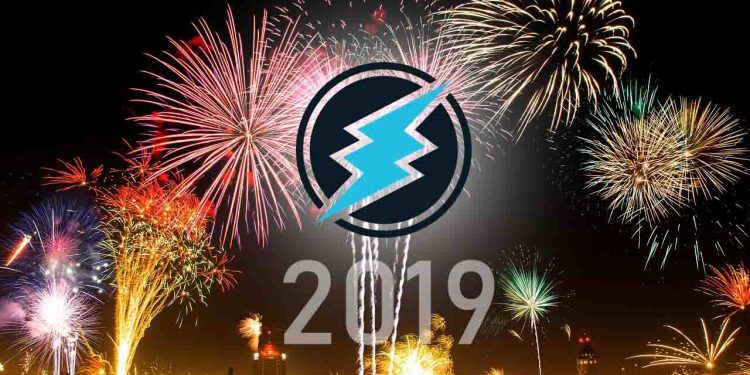 In the cryptocurrency world, bitcoin is still king. However, it is not the only interesting crypto that has survived the 2018 bear markets. Bitcoin’s success led to the development and emergence of at least 1,500 digital tokens. One of these cryptos is Electroneum. The coin was launched in September 2017 and currently sits among the top 100 cryptocurrencies.

If you are familiar with the cryptocurrency market, it is hard to ignore the impact that John McAfee can have on the prices. He has become a renowned influencer in the market. In his tweet about Electroneum, he said that he expects the coin to do well because it will appeal to the non-technical and technical users since it is user-friendly.

McAfee also pointed out that it has a massive following on social media and it is a privacy coin which can enable it to gain mainstream acceptance quickly. According to Walletinvestor.com, Electroneum is a high-risk one-year investment and they predict that its price will plummet further to $0.00.

However, based on current performance, technology, and market trends, uslifed.com predicts that ETN’s price will rise to around $0.74 in December 2019. That prediction is based on the fact that the token has a huge following on various social platforms and it is very easy to use.

Is Electroneum a good investment?

The predictions for the future are divided and it is important to consider these forecasts before making any investment decisions. However, the fundamentals of the coin should also influence your decisions. It may be a good investment opportunity since it has a competent team with defined goals. The cryptocurrency has a dedicated and experienced team running the show.

The CEO, Richard Ells, is experienced in building successful tech businesses including Retortal Ltd, valued at around $50 million. So far, this team has been prompt in fixing any issues and quick in developing new features. They have informed their investors about their primary goals and how they plan to achieve them.

Also, Electroneum’s huge community of supporters may signify that it is growing. Its appeal to non-technical users has enabled the token to acquire massive support at the grass-root level. People hope that its mobile-friendliness may enable it to spearhead the mass adoption of cryptocurrencies around the world.

In the start of 2018, the ETN live users were approximately 765,000 and the number surpassed 2,000,000 live users before August 2018. These numbers signify that Electroneum is growing making it an excellent investment.

The Electroneum ICO of September 14, 2017, closed quite early after achieving the hard cap of $40 million. The crypto has a market capitalization of $64,395,430. It is branded as the first ever British cryptocurrency. Although the ICO was highly successful, they faced major hiccups soon after with many ETN user accounts getting hacked.

The price of the coin dropped significantly at the start of November 2017 from $0.23 to $0.06. The prices did rise again after all these issues got sorted out and investors saw the extensive potential of the mobile-friendly digital token. Between November 2017 and January 2018, it grew from $0.06 to $0.22 representing a 122% growth in less than three months.

However, the 2018 bear market respected no crypto market and Electroneum price plunged from those high levels and it is currently trading at $0.007427. Compared to other digital assets, this cryptocurrency has fared on rather averagely. Many other cryptos have paid their investors better returns compared to ETN.

Putting all that into context, the coin has generated elevated investors’ interest due to its unique features including mobile mining.

After several cases emerged about the mobile miner that crashed while mining, the Electroneum team have taken the decision to enhance the network by finishing off some projects including cloud mining. ETN CEO Richard Ells thinks that this project will roll out as an excellent replacement to the existing system.

The team of coders was expanded to increase the rates of productivity and decrease the duration necessary for the completion of the project. In one ETN community forum, the CEO announced that two secret projects are scheduled for release and presentation during the MWC19 in Barcelona from 25 – 28 February.

The team aims to get cloud mining live as quickly as possible and they said that the Electroneum’s version of cloud mining will be extensively advanced. Thus, the mobile mining process will become easier for people in the developing nations since they can mine the same amount by connecting to the internet four times on a monthly basis just like any miner connected 24/7.

Electroneum expects to launch cloud mining this January. The first place ETN cloud mining will be fully tested on iOS and only 10,000 BETA testers will be accepted. After an entire week of testing, users with Apple devices will get the full app with the Android users getting it a little bit later.

Why is Electroneum Unique in the Cryptocurrency Markets?

Although Electroneum has been in existence for 14 months, its price is currently less than an American cent. Many wonder whether it has anything left in it. However, it is still an excellent investment since it offers scaling opportunities where users earn significant amounts.

Although it was forked from Monero (XMR), the two tokens are on different paths despite their KYC requirement similarities. Although it may have some shortcomings, the advantages are overwhelming. The coin is undervalued since it does not face any threat of extinction even though the market failed to focus on the potential value of the first British digital coin.

Its emphasis on mobility and micropayments via its apps, platforms, and tokens make it an excellent solution to provide financial services to everyone in the world with access to a mobile handset. The coin focuses on the unbanked segment that makes up the majority population of the world. It can also protect users against any local or international financial crisis.

The token does not need any specialized hardware or computers but it can be successfully mined in mobile handsets (simple smartphones). Its innovative instant payment system is already trending and it is proven to be user-friendly, quick, safe, and free to use. These features have the potentials for mass adoption in the near future.

When it achieves mass adoption status, the token will definitely become attractive with actual economic forces driving its price momentum instead of mere speculation. The coin is also unique since it has its own anthem created by Nave Savage.

What Makes Electroneum (ETN) Exclusive Compared to Other Coins. By the way, did you know that Electroneum has its own Anthem? @electroneum @Electroneum_ICO https://t.co/C0XzEuOavJ #ETN #Electroneum #Crypto #Cryptocurrency

In early December 2018, a poll was launched in which the Blockport community voted for the crypto they would want to see listed next on the Blockport trading platform. Electroneum came out on top of that contest although in the ‘anonymous’ voting category. However, the token also registered the most participants in the standard, public-profile voting category.

By using their app-based, mobile-mining system, the Electroneum team targets to introduce at least 350 million smartphone users living in the developing world to the digital market. The three lucky individual contest winners will be randomly selected and awarded with 2000 BPT. After awarding the individual winners, Blockport announced that they will be listing ETN on their platform soon.

All in all, the coming year for Electroneum is likely to be promising for both ETN community and developers.[/responsivevoice]