Some analysts believe that it will get worse before eventually getting better and many predict that the crypto markets will bottom out in February of 2019. 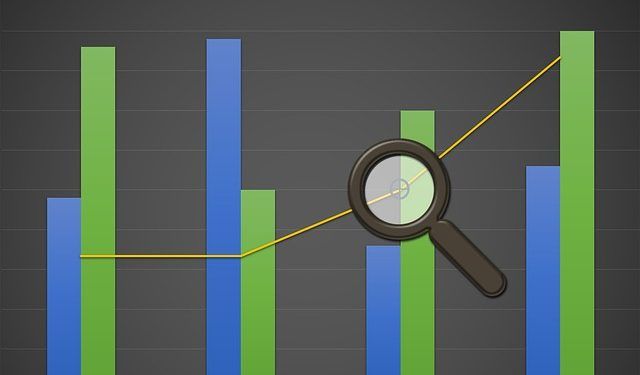 Experts and analysts are still divided on the future behaviour of the entire crypto world. The markets have been dominated by the bears for a larger part of 2018 and even the recent Christmas rally could not deter the relentless bears from dominating these markets. IOTA, Zcash and Monero Price Analysis reveal that even these tokens were not spared by the frequent market plunges.

Various knowledgeable individuals think that the markets will revisit and surpass the 2017 December highs by the end of 2019. Also, there is a strong notion that the markets are currently trading near the bottom currently and they will soon start rising again.

Some analysts believe that it will get worse before eventually getting better and many predict that the crypto markets will bottom out in February of 2019. Although the markets are significantly way below their all-time highs, it has not deterred investments form large players and institutions. Here is the price analysis for IOTA, Zcash, and Monero.

The token continues ranging when reviewed in the medium-term. The stochastic oscillator of the mid-week predictions favoured the bears as they enhanced their momentum and pushed the price down towards the demand area. The formation of a bullish railway track signifies a trend reversal. However, the price of XMR/USD currently continues to slide as the entire crypto market falls.

At the moment, the stochastic oscillator is hovering in the oversold region at around 19% signifying that there may be a minor consolidation coming before movement in a particular direction is formed. Monero has lost at least 5% in the past 24 hours trading around $45.08.

Currently, the bulls are trying to fight back defending the low of $45.02. However, the 5% slide within the past 24 hours shows a lack of buying interest in this market. The RSI is hovering in the oversold region while the moving averages are sloping down. Thus, it suggests that the path with the least resistance is to the downside.

If the bulls find some momentum, Monero faces a major resistance at the $53 level that is a support-turned-resistance. Also, the 20-day EMA will continue to act as a stiff resistance. The 1-day charts reveal that the prices are strongly heading southwards for the moment. If the downside movement continues, the next major support is located at $40. The traders are advised to wait for the trend to change from down to up before executing any long positions.

Technical Analysis for XMRUSD by TradingView

The IOTA foundation and Audi teams presented their five-month-long project results to a select audience. They focused on offering solutions for real-world problems in the internet of things, mobility, and automotive industry areas. The new hash function ‘Troika’ by CYBERCRYPT was unveiled. However, all these developments have not helped IOTA prices in any way.

The IOTA/USD pair has surrendered much ground from its all-time high of $5.8 recorded in December 2017. From its peak, the price tested the $0.2051 levels on December 7. Although the price has rebounded almost 70% from the lows, at the current price it is still over 90% down from the all-time highs. Thus, the major trend is downwards just like all other cryptocurrency markets.

However, there are signs of a change in the short-term trend. In the daily charts, the 20-day EMA has started to turn up, and the RSI is in the slightly positive territory. Thus, the bulls seem to be gaining an upper hand in the near term. But, the recovery is facing resistance at the 50-day SMA that is gradually sloping down.

The recent Christmas rally aftermath has seen the markets lose significantly with IOTA losing around 3.75% within the last 24 hour currently hovering around the $0.31715 price level. If the bulls join forces and rise, the price may encounter a major resistance at $0.4037 followed by a rally towards the $0.5095 zone.

On the downside, if the bears roar, IOTA may find support at the 20-day EMA. A break of this psychological support can sink the token to $0.25 and below that to around $0.2051. The traders holding long positions from the lower price levels can get partial profits and trail their stops a little higher on the remaining position. Others wishing to indulge in this market can wait for the prices to bottom out before executing any buys.

Technical Analysis for IOTUSD by TradingView

In the past week, the price of Zcash has plummeted by almost 20%. The crypto was almost bottoming out at around $61 before the post-Christmas bear attacks pushed the ZEC/USD pair further southwards.

At the beginning of December, the price was oscillating at 81 Dollars. The maximum price for the month so far is $86 while the minimum price is $47. The average for the entire month is $66. ZCash price forecast at the end of the year was set at $51. This represents a change of -37.0% for December.

Today’s range is hovering between $55.76 and $57.06 representing a decline of around 6% within the last 24 hours. The recent price history shows that Zcash has already formed a double bottom triangle in the recent weeks. Thus, the price is set to rise in the long-term.

On the lower side, the token finds support around the $51 and $47 levels while the first significant resistance is pegged around $66. If the price breaks upwards, another resistance has formed around $75.

Technical Analysis for ZECUSD by TradingView