This is How Much is Your Data Worth in Crypto

A new wave of companies is appealing to individuals angry over their data getting used without their consent by agreeing that people should get a profit from the data they own. 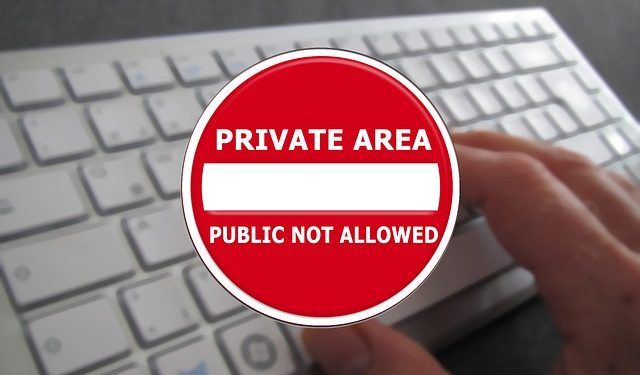 The cryptos are gradually revolutionizing the global financial systems. Recently, one Facebook user sold their data to a stranger in Buenos Aires. Although it may be considered reckless, the user boasted that it was their newfound life as a vigilante on the digital space.

He decided to sell the data since he was among the individuals who were recently locked out of their accounts temporarily during a Facebook hack exposed in September. After that incident, the user thought of deleting the account. But, after lengthy deliberation, he landed on another strategy of making a profit from the account.

Since data is always hawked to third-party apps, marketing firms, and political propagandists, he started an experiment of turning his personal data into crypto assets.

A new wave of companies is appealing to individuals angry over their data getting used without their consent by agreeing that people should get a profit from the data they own. They support the return to the internet’s intended decentralization nature before Equifax and Facebook became digital giants.

The creator of the World Wide Web, Tim Berners-­Lee, is creating a platform called Solid. The platform will enable users to regulate all services that access their data.

Ocean Protocol has acquired tens of millions in VC funding while still in development. However, several scrappy data-marketplace apps are trying to get into the potential new market early.

Whenever you sign up for one of these apps, buyers contact you directly for your personal information in exchange for crypto tokens. You will decide whether the deal is worth it or not based on the offer given by the buyer.

These companies prefer blockchain since it lets sellers achieve secure and private data transactions while keeping records of all deals that they strike.

In this particular case, the seller was promised empowerment and crypto payments. At first, he was uneasy not knowing whether his data would end up creating digital footprints in the dark web. For guidance, he turned to Telegram where users discuss the latest crypto schemes. Although not many of the questions got answered, he felt that passive income was in the horizon coming.

The venture started by a signup on the Datum app. For GPS location, he was promised 1 DAT, a token traceable on the Ethereum blockchain. Next, at the Doc.ai, users share every piece of imaginable information for one NRN coin. Registration needed a selfie-photo, location, and Apple Health data since the user signed up for an allergy study.

The Wibson app lets users link up biographical info from Facebook and in this case running routes on Strava. The routes were encrypted on his phone. A buyer beckoned instantly offering 46 WIB, the app’s unique token which was accepted. Wibson uses AI to analyze consumer trends.

Data is valuable to Facebook since its vastness enables marketers to create successful and detailed ad targeting campaigns. Currently, Wibson has 10 data buyers and 5,500 sellers hence the company is subsidizing its platform.

The dream of the company is to offer every advertiser’s dream by enabling users to proffer data from their GPS, bank accounts, and social media. The information will then be used to create a prophetic picture of how and where these users shop. Banks and telecoms will also get enlisted for verification purposes to ensure that sellers offer legit data.

Although the business model is similar to that of Google and Facebook, Wibson lets users remain in control. Data remains private until the owner decides to sell it. After at least two weeks of research, the user decided to make some of his data a little bit more private. He tallied up his fiat at 162 WIB, 1 DAT, and 1 NRN translating to around 0.3 cents.

Although the amount may not be much, selling data may be an excellent option of earning passive crypto income. Depending on how much one wants to share and with whom, this earning method may present a viable income channel in future.

Personal Data as a Property

To conclude, did you know, that Hu-manity.co, the company championing the 31stHuman Right for individuals, announced releasing first consumer app empowering people to claim their data as property?

Furthermore, the team is currently collaborating with IBM Blockchain to manage personal data property rights within an app.